What we learned in the early days 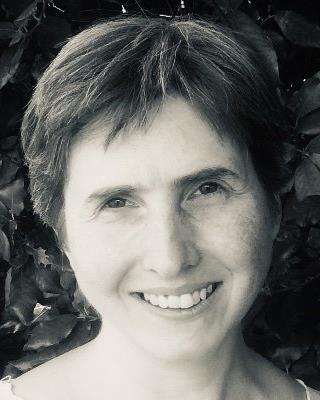 This blog is written by Jackie Le Fevre, values specialist at Magma Effect.

It’s hard to believe, but we are about to go into the final year of our three year project.

As we describe in our blog Why we set out to do this, we are seeking to understand more deeply what matters in those important months, weeks or days that lead up to death. We hope to find ways, large or small or somewhere in between, to improve things. We found in 'the land of ifs and buts' that getting things off the ground was trickier than we had anticipated it might be. It’s true we had started under an unfolding pandemic, but it was also partly simply human nature.

Now our project is well and truly out of its ‘early days’. We have done lots of long hard thinking and tried a variety of things to support staff to encourage patients, family, friends and carers, to describe their experiences and perspectives. Here we share a few things we have learned.

One step at a time

This project has never had a shortage of enthusiasm for the idea:

“when we were invited to be involved in the Care Opinion Project for end of life care we were really excited about the idea of supporting patients to share their stories to improve care across the organisation and be able to share positive stories”  Helen, Advanced Nurse Practitioner

Grappling with making it happen however, was a different matter. Turned out this was due in part to the accessibility of stories sent to Care Opinion:

“Staff were concerned that service or personal criticism would be made public and they felt they would be under pressure to respond quickly”  Martin, Doctor

Fortunately something could be done about this:

“we decided to start with a few teams so we could closely support them, and hopefully gain some positive experiences before a wider roll out” Helen

Core to being successful with a project like this is being clearly and firmly anchored to the original purpose: to learn things from first hand stories that enable the experiences of others to be better. As Martin says,

“The stories shared are often regarding how services are delivered / communicated and therefore don't often require any significant changes to the budget but do often require a change in how staff see the system they work in and be willing and able to change it.”

Consider this story from Grateful from Poole. The gentle observation that the gift of a ”goody bag” to individuals upon their admission to Forest Holme Hospice could perhaps be better tailored to the person as some cancer patients do not have much use for a comb... Fair play to Grateful from Poole’s mum who “saw the funny side” alongside the very reasonable suggestion that this “could have been upsetting for some”. Constructive changes have been made at Forest Holme Hospice as a result.

Some stories are harder to read than others. More than one thing was not good for Audiman55 and his wife who died of ovarian cancer at home. More than one organisation was involved in providing care and support during the last days, and more than one way to improve is highlighted through their story. The concerned response to “The death of my wife” came jointly from six End of Life Care practitioners. This co-ordinated reply was in part possible through the relationships between different organisations having been strengthened by working cooperatively on this project. Their response openly acknowledged opportunities to improve and Audiman55 replied,

“Thank you. I would just like for others not to have all the issues we did.”

One year to go

This is the year when, in addition to encouraging and improving from more patient, family and carer stories; we consolidate our learning to share more broadly with colleagues in Dorset, the South West and across the NHS elsewhere. One aspect of the project we have not touched upon yet in these blogs is exploring stories using values as a frame of reference. We hope that this perspective may help us do two things:

So much more still to learn…

This blog post is written by Poole Hospital Palliative Care Service, which also moderates any responses to the post.