The death of my wife

"The death of my wife"

Posted by Audiman55 (as a service user), 13 months ago

It took my wife, a former nursing sister with rather too much 'respect' for Drs, far to long to be diagnosed with ovarian cancer. She was told twice to just get used to her symptoms (6 out of the 7 for ovarian cancer) and what did she expect for her age. Only when she saw a locum and it was too late did she get referred. The GP responsible is no longer there. That referral resulted in chemotherapy but a subsequent diagnosis of 'untreatable' due to the nature of the spread. Apart from that the local surgery were magnificent, attentive and pro active.

Even before Covid, there were issues getting her a bed in a cancer ward when it was necessary. However the service at Dorset County Hospital were great particularly the Chemo section. Ultimately she decided to come home to die although there was the offer of a hospital bed or a hospice place. Although my wife declined a bed at the hospice they were helpful with other things.

It was a bad time when my wife was in so much pain I called out the night duty nurses but although there were drugs in the house the ‘paperwork’ was not correct so she could not administer a top up dose despite the very evident pain. If they had left the house I would have tried to administer the drugs myself, even though I had no idea what I was doing

Thankfully, the Dr who discharged her to home did answer my question 'How long?' with the reply '3 to 4 days'. Then enabled me to plan to a degree but the truth was nearly 9 days. I thought I could cope but the 24 hour role was exhausting within a few days. I asked for help from Marie Curie and other nursing agencies but they would often say, We cannot confirm you will get help overnight until 4pm of the evening before the night shift.

This was useless. I attempted around day eight to hire a nurse from an agency and they said OK but then cancelled. I was forced to beg for help from them and in the end they found me a most excellent experienced nurse who, in the event, was able to get me from bed just as my wife was dying around midnight. Her support until around 5am and after the paramedic had certified death and removed the drugs and the body had been removed by the undertaker was second to none. She also stayed with me until I was ready to return to bed. The fact I only needed to make one call to NHS 111 who were aware of what was needed was excellent.

There was one issue during the 9 days at home when extra pain relief was needed overnight as Oromorph made her sick and there was some minor issue with the paperwork whereby a decimal point was missing in the dosage (although what the dose should have been was obvious (ie 1.5 NOT 15) whereby the night duty nurse, at 3am with my wife in considerable pain, declined to administer the pain relief without section from a Dr, which took a long time. Apart from this the palliative care team was really supportive.

That was a very distressing time, not least for my wife. She had a colostomy on one side and a drainer for the Ascites in the other. At one stage, overnight when I was the carer she was in so much pain she pulled both out to try and get some relief. That was very distressing. During the 9 days there were fluids-ascites, created by the cancer that needed to be drained   but it needed a vacuum bag into which it could be drawn. The surgery did not have enough and so this did not happen often enough. In the end I went to Joseph Weld hospice and asked the sister on duty if she could spare any. She was kind enough to let me have one of the two she had in stock and on deployment this brought great relief to my wife in her last couple of days.

I took advantage of the counselling offered by the palliative care team from the hospice six weeks after the death funeral and that was the best thing I ever did. I even made the counsellor cry, but it worked for me after 3 sessions 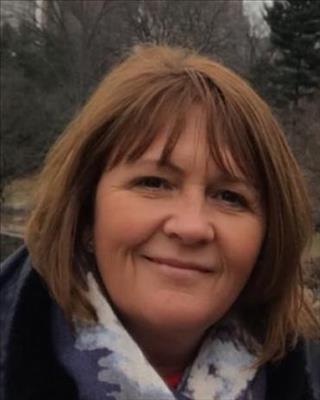 Thank you so much for taking the time to write and share your story with us. We are sorry to hear about your wife’s death. We are sorry too for some of the experiences you describe, which can only have added to the distress of your wife’s illness and last weeks of life.

We’re sorry it has taken some time to respond but we wanted to ensure your story was shared with all teams involved.

You raise several very important issues which we would like to acknowledge and use these experiences to improve services across Dorset. We are responding on behalf of teams across Dorset who are working together to improve care and support in the last months of life. Your story has been shared with colleagues at Dorset County Hospital, Marie Curie, Dorset HealthCare Community Trust, Weldmar Hospice Care and local GPs as well as partner organisations.

Thank you for sharing kind words about several of the teams involved. We are glad to read that your local surgery were attentive and proactive and that the services received at Dorset County Hospital were great. We are also pleased to read that when there were issues with accessing equipment to support your wife’s care that Weldmar Hospice Care were able to support and that you have been able to take up the offer of counselling services too.

We recognise that being in a caring role 24 hours a day can be exhausting. We’re sorry that overnight support wasn’t readily accessible in a timely and reliable way for you and your wife. We are looking at this across Dorset to enable appropriate support to be available in a timely way, and your feedback is invaluable in helping to shape this. We are pleased to read that you did find a nurse who was able to stay with you and support you to care for your wife and who was able to support care after her death.

It seems like there was an issue with the night nurses being able to administer pain relief to your wife which we are sorry to hear. We understand that this must have been very distressing for you to see your wife in pain and we will discuss this with our night nursing service to better understand how this issue could have been rectified in a more timely way.

We are keen to improve services to support all teams to have access to resources to support care; this includes improving access to care and support at night, as well as appropriate and timely pain relief.

There is further information here, and contact details if you’d like to arrange a call to discuss further: https://www.dorsetccg.nhs.uk/care-and-support-in-the-last-years-of-life/

Thanks again for writing. It is much appreciated, especially at such a difficult time, and will help to improve care and support for others.

Update posted by Audiman55 (a service user) 12 months ago

Thank you. I would just like for others not to have all the issues we did.

Have you experienced something like Audiman55 did, here or elsewhere?