Posted by Fraser Gilmore, Head of Scotland, Care Opinion Scotland, on 26 May 2022 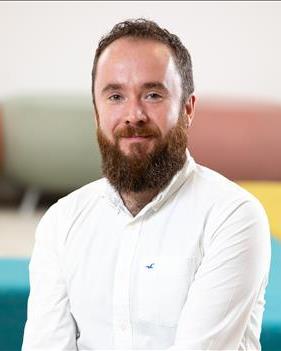 For the second year, Care Opinion were delighted to host 2 students placements from St Andrews University’s ScotGEM course. Our students Iona Gibson and Holly Eggleston were tasked with doing some research using Care Opinion stories, on a topic of their choosing.

Iona decided to look into autism awareness in the NHS, while Holly’s interest was people’s  experiences of palliative care.

Both students presented their findings in an online session which was held on the 13th of April 2022, a recording of which can be viewed below:

Both Iona and Holly also wrote papers on the research they had completed in their areas of interest.

Iona’s paper, titled “Autism Awareness in the NHS” is introduced as follows:

"Autism currently affects 1% of children and 1-2% of adults in the UK (Hey, 2022), which therefore accounts for over 700,000 people who have this spectrum disorder. People can be affected by autism in various ways and to varying degrees such as struggling with social interactions, finding it difficult to effectively communicate thoughts and feelings, routine is very important to them, and finding many sensory experiences overstimulating (Signs of autism in adults, 2022). Although someone being diagnosed with autism is becoming increasingly prevalent there seems to be a lack of understanding and awareness amongst the community and health/social care professionals. This is the focus of my project.”

Iona’s paper takes a personal perspective as this is a topic that is close to her heart, as she has worked as a carer for children with disabilities throughout her studies. You can read Iona’s paper using the following link: Autism Awareness in the NHS - Iona Gibson.pdf

“Palliative medicine is a speciality for people living with a serious, often life limiting illness. It focuses on providing symptom management to patients and relief from the stress of their illness. Palliative care is an area of medicine that I’m particularly passionate about. I was inspired by the book With the End in Mind by Kathryn Mannix, a palliative care consultant. She says that life expectancy has increased, and people are gradually declining, rather than suddenly dying from an acute infection. People’s experiences of illness have changed massively and now there is chance for cure of postponement of death, which was historically not possible. This has led to most ill people being rushed into hospital for treatment when that might not be the most appropriate option. This does enhance and save many lives, but for some people there comes a point of futility. The death rate of the population is 100% - I want to go into palliative care to have these conversations with families, to ensure that patients have a peaceful end, when the time is right. I want to be able to support patients and their family in their final days.”

Holly is very interested in pursuing a career in palliative care and in her paper, using Care Opinion stories, she explores people’s experiences. You can read Holly’s paper here: Palliative Care - Holly Eggleston.pdf

We were delighted to host both Iona and Holly on their placements with Care Opinion and we wish them all the best with their future studies and careers.

This blog post is written by Care Opinion Scotland, which also moderates any responses to the post.