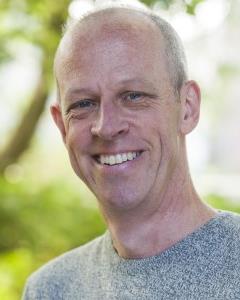 Working in partnership with NI’s Public Health Agency, we’re looking forward to the learning, and the challenges, ahead as we continue to innovate for public benefit.

As is so often the case, our adoption by the health and social care system has a long history. In fact, we first talked with Northern Ireland’s health leaders back in 2008. But things moved more rapidly after the publication of the Bengoa Report in 2016, which included the recommendation that “the HSC should consider whether there needs to be a platform for a more open and immediate conversation with staff and service users”.

All the recommendations of the Bengoa Report were accepted by then health minister Michelle O'Neill in the 10-year reform plan “Delivering Together”. Subsequently, progress on this issue stalled with the suspension of the Northern Ireland Assembly in early 2017, until the issue again gathered pace in early 2019. Care Opinion was selected as the system-wide platform and preparations began in earnest during the latter part of 2019 for an expected launch in April 2020 – which, of course, was then further delayed by Covid-19.

Despite the difficulties, what has remained constant is the ambition and commitment of Northern Ireland’s health and social care leaders, and this is reflected in the wide scope of services now able to use Care Opinion: this includes the five health and social care trusts, the ambulance service, the Patient and Client Council, the Regulation and Quality Improvement Authority, two universities and all general practices in the region.

In this way, Northern Ireland is pushing further and faster even than Scotland, which has made Care Opinion available across all health boards since 2014.

I often feel that the greatest challenge is not technology, but fear

But whatever the scale, and whatever the software, we must focus on our purpose: to make it safe and simple to share feedback in ways which lead to learning and change. While Care Opinion platform matters, and embodies our values, what matters more is how it is used by people.

And yet we know that, as feedback is sought and used openly for improvement, fear subsides and is replaced by the growth of understanding and trust between those who use and those who provide services.

So we should expect no sudden change as a result of yesterday’s launch. But I am confident that, over time, Care Opinion will play its part in fostering an open, patient-centred and learning culture across the health and social care services of Northern Ireland.