About: GPs in City and Hackney 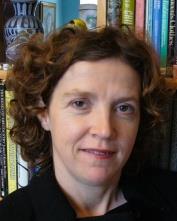 City and Hackney GP Confederation is a social enterprise set up in 2014. All 42 GP practices covering over 307,000 patients are members. Its aim is to make a positive difference to the quality of primary care and to provide a voice for primary care in the development and redesign of services. Caroline Millar is a lay Board member with a special interest in improving patient and carer involvement in primary care.

About a year and a half ago we decided to pilot Care Opinion in general practices across City and Hackney, in East London. Buried in the small print of the various contracts our GP Confederation has with the CCG are requirements to gather and report on ‘patient feedback’ data. This generally took the form of a percentage ‘satisfaction’ rate. We did not really know what this meant, and we got the impression that they didn’t either.

We ran some paper surveys to find out how satisfied people were. There were few surprises. Our methodology was well-intentioned, but the data derived after many, many hours of hassling patients and collecting their responses was a bit ‘so what?’. We wanted to hear more from our patients, to better understand their experiences, to start a dialogue with them and to learn from what they had to tell us.

We agreed to put an end to the pointless box-ticking and the surveys, at least for a while. The CCG asked us to look at new ways of collecting feedback and to think about how we could revitalise our struggling practice-based patient participation groups (PPGs).

Until this point, only a small minority of our practices invited any sort of online feedback. A few had links to nhs.uk (formerly NHS Choices) on their website but few responded to the comments made and none used the feedback in any systematic way.

When we suggested they might use Care Opinion and actually encourage patient feedback, GPs and practice staff alike voiced their anxieties. They worried that it would be hard to protect individual members of staff from being identified and publicly criticised in patient stories. They felt it would create an imbalance of power, with the public being able to post anonymous ‘rants’ and practices not being able publicly to defend themselves for reasons of patient confidentiality. They were afraid that any increase in patient feedback would damage staff morale and provide oxygen to “persistent complainers”. They saw it as yet another demand being placed on already overstretched staff.

Recognising these anxieties, we spent some time preparing the ground and promoting the idea to our GPs and practice managers, as well as getting our own board onside. The launch of the pilot coincided with a programme of customer service training we ran in July 2018 for all 400 frontline staff. Six practices signed up right away and within a few months we had our full pilot complement of ten. Care Opinion provided us with information, posters and flyers for waiting rooms, webinars for staff and a supportive voice at the end of the phone.

It was a slow start. It took us months just to get every practice to put the Care Opinion widget on their website. So the planned six month pilot was extended to a year. At first there were hardly any stories, but as they trickled in staff began to answer them. With the support of Care Opinion staff developed skills and confidence in responding online. One practice manager set up a competition to see which staff member could bring in the highest number of stories in just one month.

Between the start of the pilot and April 2019, 81 stories were posted across the ten practices, read over 1,400 times. The biggest surprise for all our practices has been that over two-thirds of stories so far have been entirely positive. Not only has this praise helped to improve staff morale, it has also encouraged staff to seek more feedback. Several practices are now feeling frustrated that they are not getting more stories. The negative stories are seldom about clinical care, but often about appointment systems, administration and communication. In some practices the stories are being answered by practice managers or reception staff, and in others by GPs.

All ten practices now want to continue using Care Opinion. We are beginning to see practical changes as a direct result of stories from patients. Practices are coming up with new ideas on how to encourage more feedback, such as including a link in the appointment follow-up texts. Three practices recently added a Care Opinion invitation to waiting rooms screens, putting them among the first in the country to do this.

So, what next? We are now planning to work intensively with a number of practices to help them revive their PPGs, developing patient involvement at neighbourhood/network level. Where a practice subscribes to Care Opinion, we plan to give the PPG online access to the stories about their practice and explore whether PPG members could add their own responses to the feedback.

Our local Healthwatch is taking up a Care Opinion subscription and we hope that they will use the feedback, share Care Opinion to people across the two boroughs and, where appropriate, respond to stories themselves. Who knows, maybe the CCG will get involved too.

This blog post is written by City & Hackney GP Confederation, which also moderates any responses to the post.