The care of my parents over the last two years

"The care of my parents over the last two years"

Posted by Worseever (as a relative), last week

My mum had Motor Neurone Disease

She had to have a nasogastric feeding tube inserted. It was discussed with her MND nurse, Consultant and GP. The plan was as mum was struggling to eat and drink,  when she was unable to cope an admission was to be arranged (initially we were told to Hairmyres Hospital)  for a nasogastric insertion. We were told as it would be an emergency, we would just let the GP know and he would make arrangements and tell us where/ when to go.

The time came when mum couldn’t manage at all.  We called the GP and they contacted Hairmyres.  They informed us that Hairmyres wouldn’t do the procedure. They said it should be done in the community by the District Nurses.  The GP contacted the community service and they said they would send someone to the house. An hour later we got a call back saying the District nurses wouldn’t do the procedure - it had to be checked in hospital by x ray.

The GP called Wishaw hospital and said he had spoken to someone in a medical ward who had agreed to take mum and do it on the ward.  We had to go to A&E and they would admit her for the procedure.

I went to the surgery, collected the letter and we went to Wishaw Hospital.  At A&E they had no record of mum other than of the planned admission to Hairmyres. I explained the situation and called the GP so he could also explain and let them know who he had talked to regarding her admission.

Shifts had changed, no one knew anything about the situation. They said we would need to wait until there was a space in the ward next to A&E .

We waited hours and I spoke to staff at the door of the ward as I was really concerned for mum having to sit and wait in a full A&E. The nurse in charge came out and spoke to me around 5:00 pm saying they were full and waiting on a bed but they would just be assessing mum as they didn’t do this procedure. I explained the situation and that mum had been waiting for this for 6 weeks - struggling more with her eating and choking all the time and now was completely unable to eat or drink.

I also explained that while we were waiting she had no way to eat or even drink and that all the other patients waiting could at least do that - mum was very thirsty, exhausted and emotionally done by this point. They said they would assess her but she would probably need to have an arranged appointment for the NG- I told her we had already attempted this and this was the result! We would not go home without an NG tube. They said it wasn’t their decision.

Eventually mum got onto the ward. As we arrived we were told that they had called a hospital dietitian before getting mum into the ward and she had said not to do the NG tube as an emergency. She said it should be done in the community.  I reiterated everything that had happened and said that mum’s own dietitian already knew and had made arrangements for mum to get the NG tube including training by an Abbott nurse for myself and the carers and delivery of the feed pump! I asked to speak to the dietitian or get the ward to call mum’s dietitian but they said it is after 5:00 pm we can’t speak to them as they don’t work evenings.

Eventually a staff member said if mum’s blood tests etc. indicated she was unwell she would need to stay in - she was looking awful and so upset. If she was ok she could go home and in view of the situation.  They seemed to understood how disgraceful mum’s treatment had been and agreed to insert an NG tube provided I agreed not to use it until a dietitian visited mum the next day.

We had to wait on the blood test results etc.

Then the  tube was eventually inserted.  The check x-ray showed it wasn’t in far enough. So it was re-positioned. After the next x ray we were told it was fine and we could go home, just before midnight. I insisted mum must be seen by a dietitian in order to start using the NG tube as she couldn’t eat or drink. I was told they would come on Monday! I insisted this was not acceptable and was eventually told a dietitian would come to see mum at home the next day.

Mum had a bad night and felt the tube was very uncomfortable - it hurt and she was exhausted. She still had nothing to drink/ eat.

We waited until around 4:00pm on Friday, the day after mum’s NG tube was inserted at Wishaw Hospital. Eventually a lovely Abbott nurse came. No dietitian! The Abbott nurse would check the tube and allow mum to at least get water!

Apparently the dietitian did not want to start feeds on a Friday and was concerned at mum being left with no checks/ fluids via her tube over the whole weekend.  I am extremely glad I insisted on mum be seen.

When the Nurse arrived she immediately expressed concern/ surprise.  The metal guide wire had not been removed from mum’s NG tube!

Mum had been complaining of pain and I thought it was just her getting used to the NG tube. However she had been dealing with 20 hours of a rigid wire in her throat. I can’t begin to express how appalled we are and how stressed mum is about this situation.  If I had not insisted on follow up on Friday this would have gone unnoticed even longer and may have been fatal. This must never happen to anyone else. 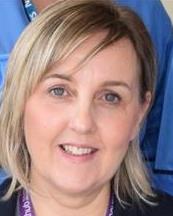 I am sincerely sorry to read about the stressful experience you have described of your Mum’s journey, and that the experience left you appalled. I am very sorry for the stress this has caused your Mum.

Thank you for submitting your feedback, it would be helpful to have the opportunity to investigate your experience further in order to understand how we can learn from this.

I would like to invite you to contact Valerie Fisher, Patient Affairs Manager, Primary Care email: PatientAffairs.PrimaryCare@lanarkshire.scot.nhs.uk or Telephone: 01698 752 800, Option 2 and we can arrange a discussion.

Please accept my apologies for the upset and stress that this has caused you as a family.

Have you experienced something like Worseever did, here or elsewhere?