I have serious concerns

"I have serious concerns"

Posted by JoFo (as a service user), last month

At the start of  June 2022, my father's GP recommended that he attend the Direct Assessment Unit for a head CT due to onset of confusion/delirium.

Community Transport Ambulance attended and my father was able to walk lightly aided to the ambulance, my mother was told she was not allowed to attend either in the ambulance or at the hospital.

My father was triaged in A&E and sent back out to reception by himself.

My mother then received a call from reception to ask if my father had gone home because they were calling for him but they couldn't find him. Given that he was attending due to confusion and delirium we were worried.

My father managed to call my mother and told us that he had gone to the toilet and fallen, he wasn't sure how long he'd been in there for but he couldn't get up. We then had to call back to reception to ask them to go and help him. He had hurt his knee and was admitted to a bed in A&E.

My father's knee was badly swollen and he couldn't bear weight on it. Still no scan was done.

Over the weekend, we were informed that my father had the flu and had developed pneumonia and was being moved to C7 to a private room due to infectious risk of flu.

My mother was told when she was visiting that he was very ill by one nurse and another nurse advised that he was ill but not worryingly so. Around 2 hours later we received a phone call from the Doctor who rang to ask if my father had discussed whether he would want to be resuscitated. It came as quite a shock and was very much out of the blue. We were advised that he would not be eligible to move to ICU or Respiratory and that they had put a DNR on his file. My sister called them back to clarify and was advised that a DNR had been put on his file on a previous admission - this was done without his or family consultation. He was not in a grave state at his last admission to AAH and in fact had been sent home dehydrated and with sepsis, so did not have his faculties to make such a decision if they had even asked him.

On Wednesday we were advised by a Respiratory doctor that he would be eligible to move down to respiratory and to be switched to Airflow mask. The Dr was great and even showed us his chest X-rays to show us the improvements. We discussed our concerns about the DNR and he advised it would be reviewed.

On Friday we were visited by yet another Doctor who advised us that the DNR would stay despite my father clearly stating that he wanted to be resuscitated. They also advised that Respiratory and ICU had reviewed my father's case and neither would accept him. We were told that it would be unlikely that he would survive the move down to ICU or Respiratory. Obviously we were very distressed and asked the Doctor if my sister (who was looking after her children) could call her to talk about it. We were advised us that my sister would have to speak to the nurses because they didn't have time to talk to each family member-to be so dismissive about a DNR by a Geriatric Doctor seemed  shocking.

At 7:00 pm, a nurse came in to advise us that he was moving to Respiratory - obviously we were shocked given that we had been told 7 hours earlier that he wouldn't survive moving and his oxygen saturation had not improved since then. We were advised it was because he had been stable all day, however he had been at that level for 2 days at this point. After asking about the risk of him being moved, we were advised that as he was no longer infectious, they needed the bed!!

He thankfully survived the move and has been in Respiratory since, however he has now gone back to being extremely confused and delirious - this has progressively gotten worse over the last 4 days. We have raised concerns with the ward but they currently don't have a concrete reason why he is so confused.

Since being admitted 12 days ago, we have not spoken to the same Doctor twice. We have been moved from pillar to post trying to find out any information, even to find out who his overall consultant is.

My father walked into Antrim Area Hospital 12 days ago for a head scan and is now not able to walk, does not know where he is, is on oxygen 24/7 and has difficulty stringing a sentence together.

If we could move him now, we would.

As a family we are considering lodging a formal complaint.

My name is Mark and I am clinical service manager for emergency medicine.

Thank you for taking the time to share your experience. I am aware that this is now being dealt with through the Trust’s formal complaints process and therefore all responses will be provided through this process. 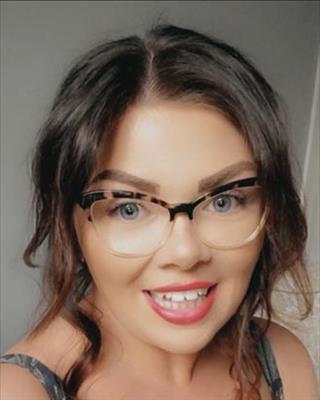 Thank you for taking the time to detail your recent experience of the ambulance response your father received, during what sounds to be a difficult time for you and your family.

I wish to express my apologises and recognise your frustration and concerns. I want to share with you current restrictions do not permit for family members to travel in the back of the ambulance, and family members usually make their own way to the ED - this would also depend on the protocols in place at the hospital. I know this doesn’t bring you much comfort right now, but that this is something which is in place across the province for all ambulance transfers. These protocols are kept under continual review across Health and Social Care, as restrictions are lifted and we work to rebuild our services.

I want to offer you the opportunity to address your concerns in more detail, if you feel this is something you would be willing to do, please contact Co-Production and Partnership Lead, Neil Gillan at neil.gillan@nias.hscni.net

Have you experienced something like JoFo did, here or elsewhere?