Posted by cafery77 (as the patient), last month

I was induced for labour in May 2021 at the Queen Elizabeth hospital in Glasgow. During my induction I had great staff and have only positives to say about the experience.

I later moved down to the labour ward where I met the midwife and a student midwife who would be there for the birth.  The midwife couldn't have been less interested in anything I had to say and this process continued throughout my entire labour. They administered hormone treatment without my consent even though I was already at 8cm and progressing well on my own without it. I started over contracting and had severe pain in my back and I vocalised this several times but they refused to check me even though my labour had been moving quickly.

I felt the urge to push and they still didn't check me.  Other members of staff, the student midwife, the person who gave me my epidural stated that they felt I should be checked but they insisted I wasn't to be checked for another 2 hours.

After an hour the baby's heart rare plummeted and they came to check me, only to run back out seconds later when a doctor rushed in and told me we needed to get baby out quickly. After going to my 8 week check my doctor told me this was because baby got stuck the wrong way round in the birth canal which obviously couldn't have been avoided but was a traumatic situation for me and the baby.  All the emergency staff running in probably could have been less if they had just listened to me when I said what was going on. Or I could have been offered a c section and wouldn't have all the trauma of feeling the doctor turn my baby vaginally

Furthermore I hemorrhaged and was told that I didn't lose that much blood.  However a doctor came down 3 days later to recovery to tell me that I was at transfusion level and they couldn't tell me what it was at the day of birth when my heart rate was through the roof.   I got an apology.

I then asked to be discharged as the care I was receiving in recovery was also very very poor from very rude staff. I was then readmitted because my baby was jaundiced and suffered  weight loss due to breast feeding and my supply not coming in due to having pre-eclampsia.  Nobody advised me of this. Anything could have happened to me or my baby due to this experience. Awful experience. 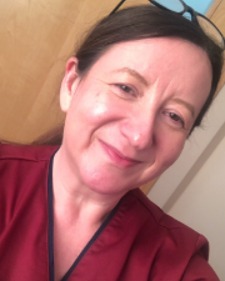 Thank you for taking the time to feedback on your experience at the Queen Elizabeth University Hospital during the birth of your baby. I am glad to hear that you had great staff through the induction and that this was a positive experience. However, I am sad to hear that your experience within labour ward was an awful experience for you. We always aim to provide excellent, person centred care and I am extremely sorry that you felt that the staff caring for you did not listen to you and were rude to you.

I would like to offer you my support and the opportunity to discuss your experience further to explore and identify where we could have enabled you to have a more positive birth experience.

Please feel free to contact me directly via email to arrange a time to chat about your care. My email address is gaynor.bird@ggc.scot.nhs.uk

Have you experienced something like cafery77 did, here or elsewhere?