Posted by LaurenG (as a relative), 2 months ago

My dad had a severe stroke around 2 months ago, he was initially treated at Ninewells Hospital and we were very happy with the treatment he received and visiting hours. This was a major thing to happen to us as a family as a whole and being able to be there for dad to support him and also being able to speak to doctors and nurses as any time was a great help.

When dad was medically stable he was transferred to PRI Stroke Rehabilitation Unit. Our first experience and impression of the unit was not good, when we arrived there was nobody about to talk to about how dad was doing or what the facility was like/what to expect. (what treatment he would receive while there or what was offered) Visiting hours were very restricted which was very worrying for us about dads mental health and ours. When we were able to visit there was rarely anybody around, doctors or nurses to speak to about him and as dad was unable to speak he couldn’t tell us himself and was very isolating for him. We had to request a ‘ get to know you form’ which was filled out and retuned but seemed as though was put in a file and not looked at as a few days later we were offered us one or three forms.

However we have been able to voice our concerns and some seem to have been taken on board. As dad has now started to settle in to the routine of the unit and staff have started to get to know his personality and have a laugh and joke with him. That’s great as it really cheers him up, some of the staff go above and beyond to encourage him and treat him like anyone else.

Visiting hours have recently also been relaxed which is great for the whole family, it allows us to attend some physio sessions and be with/support him even more. Although I would say at the weekends dad does often get very down with the break in physio and speech and language sessions. Especially on long weekends such as bank holidays, he is in a room on his own and often left alone for long periods of time during these days out with visiting hours when we would be there. It doesn’t make sense to me in this day and age that we don’t have people to carry out these sessions 7 days a week.

We still don’t often get to see doctors while we visit but some of the nurses are good at telling us how dad has been throughout the day. We have a little notepad which we use to write down any questions and often speech and language and physio therapists write notes on how dad did in his sessions that day which is really helpful as dad can’t tell us.

It will be a long journey for us all but recently we have had a much more positive view of the unit and dads care has been really great, the physio and speech and language sessions are brilliant. 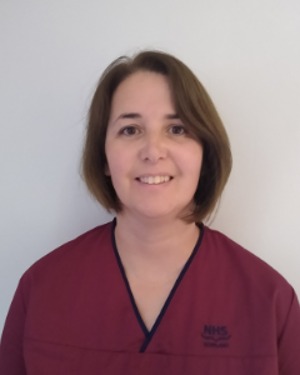 I wish to thank you for your post onto the Care Opinion platform. I would like to apologize that the transition from Ninewells Hospital Stroke Unit to the Stroke Unit in Perth Royal Infirmary was not an entirely positive experience. You clearly explained where the team did not address your initial needs as a family in providing information and easily accessible visiting in the unit.

The Stroke Unit fully acknowledge that we did not provide the information to you that were required at the time of transfer and initial settling in for your dad. Senior Charge Nurse Paul Cunningham is currently developing additional information which will be shared with patients coming into the unit and their families. Your feedback will help develop the necessary information required when being admitted into the Stroke Unit. The content of your feedback will be widely shared with the entire team to highlight areas for improvement for all patients coming into our unit. The sharing of your personal experience is both powerful and helpful in ensuring that this is highlighted to all staff involved in caring for your dad and future patients into the Stroke Unit.

I am glad to hear that your dad is now more settled and is progressing in his recovery. I am encouraged to hear that you have been able to attend some physiotherapy sessions and I acknowledge your comment relating to the weekend cover. There is current improvement work being progressed to improve rehabilitation care over this period by our newly appointed Wellbeing and Enablement Practitioners. These staff members are being trained to deliver interventions to maintain functional levels for patients over the weekend period. At present we are continuing to appoint a full team to provide reasonable weekend cover. Thank you for highlighting this as it reiterates that there is an essential need for ongoing rehabilitation requirement for patients in their recovery over a 7 day period. This feedback is essential to ensure that we work on improving experiences and services for our team within Stroke Unit.

Many thanks for your feedback.

Have you experienced something like LaurenG did, here or elsewhere?