Posted by Sarah Mc (as a parent/guardian), 2 months ago

In late April my daughter was 5 and a bit weeks old and was increasingly irritable through the day to a point I could no longer settle her which was extremely out of character. She hadn't passed a bowel motion all day and due to the nature of her cry I took her to A+E.

We were assessed and it was thought to be some type of gastroenteritis. However her temp increased slightly so we were kept in for monitoring. We were moved to CDU and kept in overnight due to temperature.

The following day we were reviewed by a doctor who told me 'babies cry' and that I needed more support. I explained how patronising this was as this was my second baby and I was aware this cry was different (my daughter had been reviewed by 2 consultants who were unhappy to discharge her so clearly agreed).

Thankfully this conversation was overheard by another Dr who returned to discuss with me. The attending nurse Jo also came to speak to me and thanks to her we were reviewed by a consultant and had some further investigations completed.

The consultant (Kirsty) had the doctor return and do a further examination and bloods and an abdominal x-ray were ordered. Thankfully both normal. The doctor returned with results and to say "I told you I wasn't worried" . However we were still kept in one more night.

Jo was an angel throughout this admission and I feel her care and attention have prevented this feedback being a complaint about how the Dr dealt with us. She was thorough, experienced, empathetic, caring to myself and my daughter. I will never be able to thank Jo enough for her support during this admission. We were discharged the next day.

The day after that my daughter spiked a temp of 38.5 and we returned to A+E which started a very scary 2 days as my daughter was then diagnosed with viral meningitis. I must say the care from the team on this admission was exceptional. The ST7 John was exceptional. I was highly distressed and he was thorough in his explanation and when the septic screen took longer than hoped due to difficulties in getting cannula in, he ensured I was updated. The nursing staff also recognised me from the previous admission and were very caring.

When we were moved to 2c the nursing staff were exceptional. Blair was incredibly calm and there were two other female nurses who were really supportive overnight. I didn't get their names but I can't thank them for their kindness enough. One in particular (blond short curly hair) sat with my during my daughter's gentamicin infusion as the device kept occluding and the alarm was extremely loud and distressing when I was already highly emotive.

I don't wish to file a complaint but think it would be important to feedback to the doctor on our first admission how our situation progressed and that perhaps they should be more understanding of mothers' intuition, should they wish to work in paediatrics. 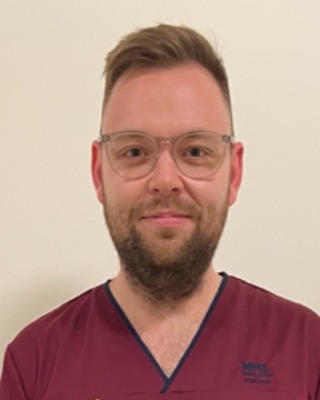 My name is Lewis, I am the Lead Nurse for ED, CDU and 2C. I am sorry your daughter was unwell and needed to come to the Royal Hospital for Children. This must have been a very worrying time for you and I hope she is feeling better now you have been discharged home.

I am sorry for the experience that you had with a doctor and that you felt this was patronising. I have shared your comments with the Clinical Director for this team to discuss your feedback and how you felt. I hope this will avoid someone else having the same experience and thank you for bringing this to our attention.

I would be happy to provide feedback to the doctor in question. If you could email me (lewis.doult@ggc.scot.nhs.uk) with your child's name and date of birth and I will arrange for this feedback to be given to the individual.

I am really pleased to hear the number of nurses and John (ST7) who had a positive impact on your hospital stay. Jo and Blair are very valued members of the teams in 2C and CDU and they will be delighted to hear your feedback which I have shared with them. I have also shared your story with the Senior Charge Nurses for ED, CDU and 2C and asked them to pass on your story to their teams.

I really appreciate the time you have taken to tell us about your experience and I am sorry that it was not all positive. Thank you for bringing this to my attention.

Have you experienced something like Sarah Mc did, here or elsewhere?