My relative has had four admissions in five weeks

"My relative has had four admissions in five weeks"

Posted by Dycer (as a service user), 3 months ago

My relative admitted to ARI in mid March 2022 and had a operation four days later.

They were discharged after four days and readmitted after 24 hours. He had another operation. He was discharged mid April 2022. Admitted yet again a few days later, said to be getting a CT scan, this was not done. Discharged after five days. Admitted three days later during the early morning, where a CT scan was done and they discovered his original wound is infected. No surprise as it’s been leaking since surgery, and he has pockets of inflammation between skin.

My relative has had four admissions in five weeks. Sent home while patently still ill. And while in ward 208 during April his ongoing sores didn't appear to be treated.

From my experience, I feel this is the reality of hospital treatment in NHS Grampian. In their rush to decant patients, it leads to a revolving door of admissions and as I see it, a horrible quality of life for the patient.

If antibiotics do not work my relative is facing yet another surgery. Had my relative been kept in until well they might not have to endure these four readmissions just days apart.

I feel there is no concern or compassion for patients, when a patently ill person is shipped out, not once, not twice, not three but four times, I find this shocking. 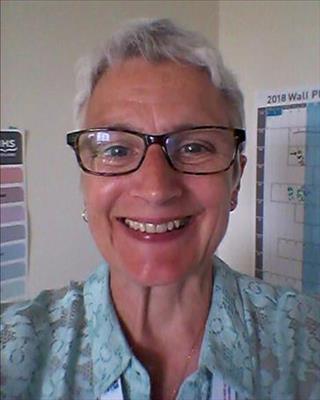 I am sorry to read of the distressing time your relative has experienced whist in our care. I would urge you or your relative to get in touch so that we can look into this case more fully. We would of course need your relative's permission to do this.

Any opportunity for us to learn and improve is welcome.

We apologise to your relative that the experience was one which caused such upset. We would never want to think that anyone felt that our teams lack compassion.

Please do think about getting in touch and allowing us to take any learning from your relative's experience.

I can be contacted by email linda.oldroyd@nhs.scot

Update posted by Dycer (a service user) 3 months ago

My relative only yesterday emailed Ms Hiscox about his appalling treatment. As yesterday, yet again he was told he was being discharged today without the MRI scan that was promised. Two different doctors assured him he would not be discharged till this MRI was done. With three failed discharges it was sensible to get this done to ascertain exactly what is wrong. He is in considerable abdominal pain and very tender when touched on his sides.

By pure luck my relative had a phone consultation with a GI consultant today. It was very lucky it was just a hour or so before his discharge. And hearing my relative's experience over the past months, the GI consultant requested that he was not discharged today, so that further tests might be done.

I might add he is still weeping a pus-like substance from a wound from his appendectomy performed in March.

Have you experienced something like Dycer did, here or elsewhere?