My husband collapsed in the street

"My husband collapsed in the street"

Posted by Mrs.MTP (as a relative), 5 months ago

My husband collapsed in the street outside our house and it was obvious that he was having a stroke. We phoned for an ambulance, but after half an hour it hadn't come. The ground was very wet from torrential rain and my husband was soaking wet. We phoned again but still after one hour there was no sign of an ambulance.  My husband had a right sided weakness and initially couldn't see but he was alert, though confused.

Eventually, five of us had to lift my husband into my car and take him to Wishaw General which is 30 minutes from where we live.
Once in casualty, no member of staff took any details of what had happened. I was allowed to sit with my husband.  His blood pressure was excessively high and he was in AF, which was previously undiagnosed. I pointed this out but the staff didn't express any concern.  Then my husband started to experience intense pain in his left temporal area and started vomiting. It was obvious to me that he was experiencing another event, but when I told medical staff they just gave him oral paracetamol, even though he had suffered a stroke and hadn't had a swallow test. He was bundled off to Emergency care but I wasn't allowed in. So when I got home I phoned saying I was very concerned, at this point I was told he was comfortable, and to phone the next morning at to see how he was.

I phoned the next morning at the time they had suggested, but couldn't get through for half an hour.  When I asked how my husband was, I was told he was away for a scan and that they would know better on his return.  I assumed that he was ok and that it was just a routine scan after his stroke.  I was given a slot to visit in the afternoon.

When I was driving in to visit a doctor phoned me and I knew it was bad news as they said they would wait till I got to the hospital to speak to me.  When I got to the ward I was told my husband had suffered an occipital bleed and had aspiration pneumonia. I was too upset to ask questions but I later discovered my husband had been found this way in the early morning and yet nobody phoned to tell me, and they didn't even mention it when I had phoned, which was five hours later.

At this point they said he would probably die and removed all care, and he was moved to the stroke ward.  Myself and my family managed to do makeshift physio on my husband and I had to ask for suction which eventually cleared his chest by the following morning.  I asked for his care to be restarted that evening and IV fluids and antibiotics were started and also an insulin sliding scale.  My husband was still alert at this time and though he couldn't talk he could still communicate with us.

The care in the stroke ward was second to none, but unfortunately, my husband developed sepsis and died 3 days later.

I need to get answers.  I wanted to know why ambulance control failed to send an ambulance after multiple calls. I still want to know why casualty missed 3 red flags.  Why Emergency care continued to overlook 3 red flags and my husband was left to drown in his own secretions, and why they didn't even phone me to tell me he had suffered a bleed on the brain.

In March 2022 I met with representatives from the ambulance service. They accept that the delay in my husband's treatment was a significant contributor to his death, and are doing a Significant Adverse Event Review. They have said that they intend to improve communication, and raise stroke victims to Red Alert instead of Amber and improve training.

I feel that it's sheer incompetence that has resulted in my husband's death and I need further answers.

Thank you for taking the time to share your feedback on CareOpinion. I cannot begin to imagine how difficult a time this is for you. Please accept my sincerest condolences.

I would also like to thank you for the engagement so far with the Services management teams. I can confirm that we received your contact this week and I hope that the acknowledgment reached you. Someone will be in contact soon in reply. 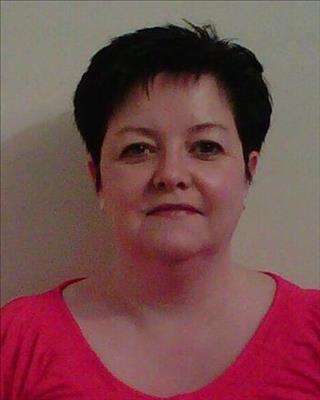 Thank you for taking the time to provide feedback on your experience of services in University Hospital Wishaw. I am so sorry for your bereavement. I am also very sorry for the experience you and your husband and family had when you were in our services. The experiences you describe are not the standards of care we strive for. To help ius to further investigate your concerns and try to provide you with the answers you so rightly need can I please ask you to contact the Patient Affairs team on

Have you experienced something like Mrs.MTP did, here or elsewhere?