An avoidable fall and failure to see the person my father wa...

Posted by SeeHim (as a relative), 2 weeks ago

My father was diagnosed with vascular dementia in 2016 and lived very successfully with this condition and adjusted to his changing abilities and needs with dignity and resilience, along with some limited frustration.  In March 2021 my father had a minor stroke, in so far as he was still able to speak and walk with assistance. However, the biggest challenge was that he had vascular dementia for the previous four years and did not understand that he had a stroke and was no longer able to walk unaided.

He was assessed and supported by paramedics at home in a person-centred and supportive manner and they felt he needed to go to hospital.

My father was taken to the Emergency Department during the Covid restrictions on visiting, and was very well supported in the department. His need to have someone familiar with him was recognised and one family members at a time was stayed with him until he was admitted to a ward in the hospital.

Although I was allowed to accompany my father on his admission, the process of his admission became a challenge. My father was alert and able to be involved to some degree in his admission, despite this a registered nurse accompanied by a student nurse largely completed the assessment by asking me questions, and filled in the assessment whilst leaning on the windowsill with their back turned to my father. Despite me asking my father several questions and showing he could be involved, he was not actively engaged with by the nursing staff on admission.

A major concern highlighted on admission was the risk of my father falling, this was of concern because he did not understand he could not walk after his stroke without help, but had enjoyed walking every day before then. My view was at a high risk of falling. On leaving the ward that evening I had limited confidence in the degree of person centred care my father would receive.

Unfortunately the next day my father had an 'unwitnessed' fall in the ward and sustained a brain haemorrhage. From that point on his condition deteriorated quickly. Although some of this was explained as confusion from a chest infection, over the next six weeks my father was very distressed on many occasions, required increased medication and constant supervision from staff. His fall was both predictable and avoidable. I firmly believe contributed to many of the difficulties he experienced from then on.

Although a few staff were person focused in their approach and took an interest in my father as a person and attempted to have a conversation with him about his interests, family and previous career, these were the exception. Although nursing, medical and AHP staff had physical care skills and my father's personal care was reasonable well looked after when in hospital the ability and at times the willingness of nursing and medical staff to recognise my father as a person seem limited. We had provided books of photos to support communication about his family, which rarely moved from one day to the next.

To my extreme frustration my father's fall was presented to me as something that was almost inevitable, in some ways his fault, despite his dementia and stroke. Staff accepted no real responsibility for the fact my father had fallen.

As the days passed I started to believe that my father was viewed as a difficult and challenging patient, and the staff focus seemed to be on getting him moved to another hospital.

encourage people to share their experiences of health and social care, what matters to you, what you particularly liked or disliked so that we can share with the relevant department, and staff .

My name is Vi Gray and my remit is Patient and Client Experience within the WHSCT. Thank you for sharing your father's experience and your own personal observations of both good and not so good examples of treatment and care carried out. This has been shared with the NIAS, ED staff and Stroke Unit/ Ward 40.

What happens now is that the lead nurse and Ward sister from Stroke Unit/ Ward 40 will go through all the issues that you have highlighted and you will receive a response directly from them. Thank you for bringing this to our attention so the issues can be addressed and moving forward to help enhance the patient experience

Update posted by SeeHim (a relative) 2 weeks ago

Thank you for your response and I look forward to receiving a future email from the people you mentioned.

I also posted another account of my father's experience in the Waterside Hospital in case you have not seen it. Maybe staff in that service could also be made aware of it.

My name is Jenny Mullan and my remit is Head of Service and Lead Nurse Secondary care and ward 40 is under my remit within the Western Health and Social Care Trust. Thank you for sharing your experience on behalf of your Father and yourself.

Both I and the newly appointed ward manager Sr McIlmoyle have read your feedback about your father’s care. We were both disappointed to learn how this admission assessment was conducted, especially as this would have been a learning opportunity for the student who you refer to as being present during the admission process. Moving forward, all staff will be reminded to conduct all patient assessments sitting in a forward facing position to effectively engage with the patient and any accompanying relatives. This is especially important given the current situation we find ourselves in with staff having to wear face coverings which also inhibits effective communication. It is now even more important that staff are facing patients when communicating and conducting assessments.

All staff are encouraged to place the patient at the centre of all care and treatment so it was troubling to hear that you felt the staff did not take more of an interest in your father’s personal life, especially when you, as a family had provided personal momentums to encourage conversation. For this we apologise and will remind staff on the importance of improved patient engagement. Sr McIlmoyle will ensure that the learning from your experience is shared with the whole nursing and medical team.

When a patient is admitted we perform a falls assessment and put the details in a patient’s admission booklet. As part of the assessment, we ask the patient if they have had a fall in the last 12 months and if they have any fear in relation to falling. The answers the patient provides helps us decide on the risk of falls. We were both distressed to read how you felt staff viewed your father's fall as inevitable given his recent stroke coupled with his dementia. For us, the most important aspect of correct prevention management of any fall is detailed in the accurate assessment of the patient. This is where the important detail is gathered and it will direct staff on the prevention strategies that we can put in place. Your father’s risk of falling was clearly higher than anticipated and for this we apologise.

Sr McIlmoyle is arranging additional falls training for the staff on ward 40. This will focus on the importance of accurate assessment and the prevention of falls, enabling consolidation of staff learning in this important area of patient care.

Because you have shared this feedback anonymously, we don’t want to go into details of your father’s specific care in a public response but please be assured we have taken this feedback incredibly seriously and I hope you can see by our planned actions that your comments will lead to service improvements on the ward.

I would also like to extend an invitation to you to discuss your father’s care directly with us in case there are questions we have been unable to answer here, or you have any questions about anything mentioned above. We would be happy to meet with you at a time that is convenient to you. To arrange this you can call 02871860007 or email me at Jennifer.mullan@westerntrust.hscni.net.

Thank you again for taking the time to share your father’s experiences. 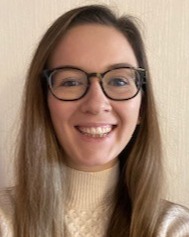 Thank you for taking the time to share your father’s experience with us, in what I’m sure has been a worrying time for your father and family.

We were encouraged to hear that your father was supported by our staff in a “person-centred” manner. We appreciate that this is so important and means so much to you and your family. I would be happy to pass on your compliments to the NIAS paramedics who attended to your father, however I would require a few extra details to enable me to identify and locate them. If you would be prepared to discuss this further, please feel free to contact me on rebecca.smyth@nias.hscni.net.

I wish your father all the best wishes for his recovery.

This story led to a change

Have you experienced something like SeeHim did, here or elsewhere?