Concerned for my Mum

"Concerned for my Mum"

Posted by hadarxx57 (as a relative), last week

My mum was admitted to Monklands in Nov 2021 due to build up of fluid after a week of being in ward 20. She was suffering from delerium which she has had in the past that was caused by a UTI, both my wife and myself had highlighted this to staff on several occasions and was informed that they would carry out tests.  Also on the 2nd week of being in ward 20 my mum informed me that she had a small blister on her foot again this was highlighted to staff.

The following week my mum was very fidgety and was a shadow of her formal self.  We were informed this was due to withdrawal symptoms of steroids and the blister on her foot was now the size of a golf ball (my mum is diabetic, any infection could cause gangrene), also the fluid was now worse than when she was admitted. I then received a phone call to meet with a doctor which we did. Whilst we were waiting on them we spoke to a nurse who confirmed that my mum was not being treated for an infection as the ward doctors could not pinpoint the source and that the steroids that were administered previously were for her chest.  The doctor had examined my mum on two separate occasions before meeting with us and one of the first things they said was that my mum's urine was very strong and this indicated that she had a UTI.  A urine sample was taken that same day and low and behold she did have a UTI nearly 6 weeks had passed without any staff knowing that this was what was causing the delirium.

In the past at previous hospitals, this would have been picked up within a day or two of the delerium starting.  My mum is so much worse off from when she was first admitted and I feel that this is due to the negligence of the health staff she has been left to rot which is disgusting as NHS are supposed to help and care for the patients and make them better not worse.  The doctor has also only seen my mum twice and both at her worst and decided that as her kidneys are failing that they do not think she would benefit from dialysis, however the long term plan was always to put my mum on dialysis when her kidney function went below 6.  I told the doctor that I wasn't happy with the decision therefore they agreed to a second opinion who agreed with the advice of the first doctor. Again I'm not happy about this as the second doctor doesn't know my mum and I can't understand why a doctor from Stobhill Clinic where she attends couldn't review her as she is known to the staff here.

I was asking a nurse how my mum was as she had been taken off oral antibiotics and an IV line was now being administered.  The nurse informed me that my mum's infection rate was at 350.  It beggars belief how her infection rate could get so high without any doctor prescribing antibiotics?  I then receive a call from another member of staff the same day to inform me that if my mum takes a turn for the worse they will not administer CPR.

I feel the treatment that my mum has received while in the care of ward 20 is absolutely disgusting.  The impression I have is that she is old and she has been cast to the side, my mum is still in ward 20 and l will fight tooth and nail for my mum as the doctors are not there to decide who lives and who dies they are there to save people's lives. l want my mum out of there as soon as possible. The treatment my mum has received is shameful and l will be taking this matter further. 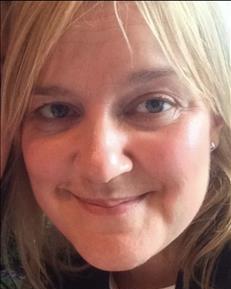 I have informed the team in ward 20 that concerns have been raised about the care we have provided and both the Senior Charge Nurse and Consultant responsible for your Mum's care would be very happy to discuss these concerns with you. If you would like to arrange a meeting please contact me and I will arrange.

Have you experienced something like hadarxx57 did, here or elsewhere?