Lack of care at the highest level

"Lack of care at the highest level"

Posted by cattywoman (as a relative), last month

My mother was admitted to QEH glasgow at the end of November 2021, after a fall in her home. My mother is in her late 70s who suffers with several health problems. She arrived at mid afternoon and was kept in an ambulance for over 2 hours due to A&E being so busy. When she was eventually seen she was given and xray, and ct scan and was then informed she would need to have a MRI scan to determine if she had a fracture to the hip or thigh bone. My mother was admitted into ward 10B.

Standard procedure for a hip fracture is surgery within 48 hours if the MRI scan determines its a hip fracture. My mother received her MRI 8 days later and surgery today, 11 days after the fall. I spoke to the consultant who dealt with my mother and was fobbed off with an excuse of miscommunication between departments as the MRI request form had been misplaced.

The past 10 days that my mum has stayed in ward 10B she has had nurses expecting her to use mobile aids and physio wanting her to get up and about on an undiagnosed fracture. I witnessed a nurse telling my mum she was just being defiant and refusing to move. I informed the nurse if my mum could move she would. I asked physio why they were asked to work with her when they had not confirmed if it was a hip fracture, I was told the doctor had written it up for her to have physio without confirmation.

Eventually when they determined it was a hip fracture they booked her in for surgery on Wednesday and she was last on list to be done, to then call up ward just before 4pm to say she wouldnt be taken till next morning at 8am.

My mum had her surgery now. I do appreciate that the NHS is under a lot of pressure but their is no excuse for the this lack of care my mother has suffered. My mother is lucky she has a family that will stand up for her proper right to care but what about the elderly who dont have families and have to put up with this.

I find it shocking and hope no one else has to experience what my mother has. 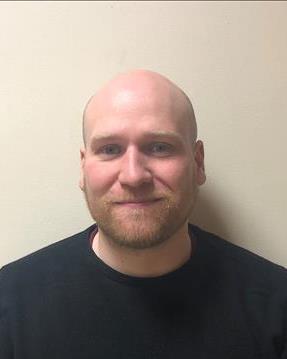 Thank you for sharing yours and your mothers experiences. I have reached out to my colleagues in the Queen Elizabeth University Hospital about your story and the General Manager for Surgery Susan has asked if I could share the below on her behalf.

I am sorry to read of your mother’s experience within our service and the distress this caused her, yourself and wider family. I am aware that one of the consultants involved spoke to you whilst your mother was on the ward to explain the reason for delay. We have also spoken with the consultant involved and undertaken a review of your mother's care and have identified where improvements to her pathway should have been made. This learning will be adopted into how we care for patients going forward to avoid the same issue happening to anyone else. I apologise unreservedly for your mother’s care and that it did not meet the standards that we would expect to deliver.

I also wanted to take this opportunity to invite you to reach out to me directly if you would like to discuss your mothers care in more detail. You can reach me at susan.groom@ggc.scot.nhs.uk. I would be happy to speak to you in more detail about what happened and the improvements we are making.