Posted by AMayM (as a service user), last month

I registered my second pregnancy with my local GP Practice back in May when i was 13 weeks pregnant.

At the time, i relayed the story of my traumatic first birth which was in a different country and resulted in my child spending two weeks in intensive care. Understandably I was quite anxious and nervous, but my midwife was fabulous at reassuring me and explaining the process. I was looking forward to being under the care of the brilliant NHS and experiencing the maternity services here.

Time went by and i felt surprised that I hadn't heard from anyone about another midwife appointment. I thought maybe this was because it was Covid so contact was reduced, or that it was just the NHS Grampian way. I had my 20weeks scan, so was fine on that front, but it was the midwife care that i felt was missing. I did call and leave a voicemail and also text my midwife a question about antihistamines and did not hear back, but then the issue resolved itself so I moved on and assumed she was too busy.

At 26 weeks pregnant, through a discussion with a friend i realised that she had been having appointments and i had not been contacted and missed out on routine care. At this point i felt stupid that i hadnt followed up sooner, I also felt crest fallen that the service had let me down and I was worried that my baby's wellbeing could be jeopardised because of it. I felt that everything I was looking forward to in terms of top quality care and a compassionate and professional team had been squashed.

I called the midwife unit to raise my concern and spoke to my midwife who was understandably mortified, and admitted that somehow i had been forgotten. It turned out I had missed two appointments, so had not been checked for 13 weeks and has not yet received my Whopping Cough vaccine.

I do not wish this to be a complaint against my named midwife, i believe the system is at fault here not her as an individual. She works across 60 women and works a 40 hour week, across various localities.

She is not dedicated to a geographical location, so she has requested new technology numerous times but she doesnt have a set budget for this to come out of. She is using an ANCIENT nokia, which when we tested we realised is not receiving text messages and is in now way shape or form an acceptable tool for anyone to be using in a work capacity.

Because she is not equipped with the right tools, women and babies are suffering a reduced service.

Please equip midwives with sufficient technology in order to carry out her role and ensure no other women are miss communicated with. 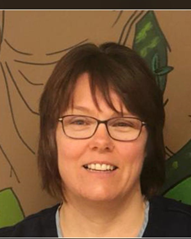 Thank you for taking the time to tell us your experience during your pregnancy. I am disappointed to learn that your antenatal appointments were not managed as planned.

Technology for our community staff in Grampian is an area that is being explored across all teams, with the plan for all staff to have the use of smart telephones.

I am extremely sorry for your experience and the care we failed to provide in your pregnancy, I will share your experience to the community team across Moray to ensure this should not happen in the future.

Have you experienced something like AMayM did, here or elsewhere?