Posted by OMYD (as the patient), last month

Thank you in advance for taking the time to read about my experience in the maternity unit in the Ulster Hospital.

I was scheduled to have a C Section in April as my son was in the transverse position. A few days before the planned operation, I contacted EOU to alert them I was having them know intense cramp like pains in the pelvic area that were happening frequently and were extremely painful and that I had been timing them on a contractions app. I advised this concerned me due to the position of my baby. The EOU midwife dismissed my concerns and her advice was to stay at home and have a bath as she felt I had a stomach bug.
The next day, my labour pains intensified and I again contacted EOU for advice. I was dismissed a second time and I felt shut down by the midwife whose response was that I would not be being brought in any earlier. At this stage, I was extremely distressed and concerned for the welfare of my son. I felt I was not being taken seriously, especially when it was my body and I knew what I was experiencing.
The following day, my waters broke at 8am. I was experiencing extreme nausea and was vomiting in my bedroom. I was in no doubt I was in labour. I contacted EOU immediately and was dismissed for a further time. I was questioned intensely and was made to feel I was making the whole situation up. I was in extreme distress at this point and advised my baby is coming and I would be coming to the hospital. I was overwhelmed with fear for the safety of my son, and I was not given the reassurance I needed as a first time mother.
Needless to say, my fears increased when I arrived at EOU. I was examined by the doctor but they could not see my son’s hands or legs because of the position he was in. They also stated there was no water. I was advised I would be having a c-section that afternoon and my husband should go home. I again reiterated I was experiencing intense pain so this doctor examined me internally area and said ‘there is an elbow coming out we need to get you upstairs now’. I was also told that I was fully dilated. I was terrified. I feel if I had been listened to from the beginning, this distress could have been avoided. I don’t believe any of the care I received at this point was patient-centred. It felt like I was being an overactive mother in the eyes of the staff.
I do want to note, I received wonderful care by a young midwife who kept my spirits up. She brought my husband into the room and got me ready for surgery. I unfortunately do not know her name but I am so grateful that she was there and I wish she could have stayed with me for the birth. I also appreciate the work of the midwives, nurses, anaesthetist and surgeon involved in the birth. They treated me with kindness, patience and most importantly made sure everything went well. When my son was born he wasn’t breathing as they would have liked him to. The staff quickly sprung in to action and worked on him for a few minutes. I feel so grateful for the amazing job they did as my son was able to breathe well and my husband could hold him.
Following my section, my son and I were inpatients for three days as staff felt my baby was breathing quite fast and was given antibiotics. During this time, I felt communication was extremely poor as I do not know the causal factor for this, nor do I know if my son had an infection. That evening, I asked a nurse to watch my baby as he was crying and I needed to use the bathroom. When I came back, there was a different person with my baby who told me she found him crying so wanted to soothe him. I felt heartbroken as my only request was for someone to keep an eye on him for a couple of minutes. This further fed in to my already negative overall experience.
On our second day of admission, at 5.30pm, I advised a member of staff that very sore and nauseous. I requested pain relief and anti-emetics and was advised this would be accommodated. I received pain relief but tried managing the sickness until the anti-emetics arrived. At 7pm I rang the bell to follow up on my request and also to notify them my dressing was falling off. I called for help a few more times and still hadn’t been seen by a midwife or doctor by 9.30pm.
When the staff member serving tea and toast was coming round I was in an emotional state. She went to get me help immediately. I was so distressed and just felt invisible. When speaking to the nurse, I was advised I also missed a dose of pain relief and an anti-coagulant injection. I feel this was nothing short of neglect.
I felt relieved to be walking out the doors of the Ulster Hospital on the day of my discharge. This experience has left me emotionally distressed. I have been diagnosed with PTSD and I was given counselling through my GP to allow me process the birth and care of my child at Ulster Hospital. As a result of this experience, I have post-natal anxiety. 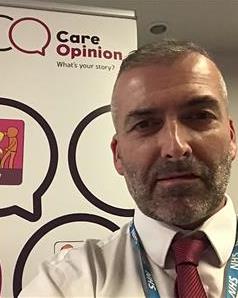 Thank you for sharing your story.

I am very sorry to hear that you have had the experience described in your message.

Your story has been shared to maternity leadership who will respond to you.

Please let me know if you wish to maintain anonymity or if you wish to share your personal information in order that your individual maternity experience can be looked into and responded to.

If you wish to share your personal information by contacting me on 07715801634 or at conor.campbell@setrust.hscni.net

I am very saddened to hear that your experience within our maternity service has been so emotionally distressing to you. If you would like us to investigate fully the issues and concerns that you have brought forward please contact Connor on the number that he has supplied above and we will be happy to provide an individual response to your maternity experience.

Have you experienced something like OMYD did, here or elsewhere?