Getting an influenza vaccination in September 2021

"Getting an influenza vaccination in September 2021"

Posted by corridorek83 (as the patient), 3 weeks ago

I was informed by letter (3 sheets of A4 paper - wasteful!) received around midday on Friday that a walk-in vaccination session had been arranged for the next day between 9am and 2pm. I also received two text messages saying the same thing that afternoon.

I walked to the surgery at 9am on Saturday morning and found a significant queue so aborted the visit and walked home. I then went for my usual weekly food shopping, and afterwards drove back past the surgery, which by that time was quiet. In the meantime I had received yet another text message!

Around midday I again walked to the surgery and was ushered straight in for a flu jab. Staff were, as always, polite and friendly. It was all done very quickly and painlessly and I left very quickly and walked back home.

I was a bit surprised by the short notice but ultimately not that bothered as I know that I can also get a flu vaccination at my local pharmacy. The service was fast and efficient but I would have preferred to have been given the choice of (multiple person) appointment slots to avoid / reduce the likelihood of excessive queuing rather than a free for all "come when you like between the hours of..." type of approach. 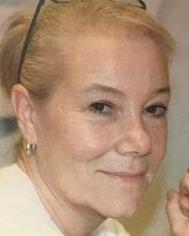 Thank you so much for taking the time to feedback on the walk-in flu clinic - we take on board that 3 A4 sheets of paper is excessive- we will ensure that next year we double side print - we do try and give as much notice as possible unfortunately the delivery for vaccines was changed and then they arrived unexpectedly- we apologise for this. It’s great that patients have such a choice of where to get their vaccinations- we are glad that you found the service good.

Have you experienced something like corridorek83 did, here or elsewhere?