Posted by redwf88 (as a service user), 4 months ago

To be honest I don't really know where to start to be able to capture the amount of disappointment, heartache, and frustration I have experienced over the years. It is not one department or one member of staff, but rather the system as a whole.

Over the past 14 years I have attended numerous gyne appointments and a&e for ongoing pelvic pain and ruptured ovarian cysts. I have always had all the symptoms of endometriosis, I have had 3 previous laparoscopy surgeries (with three different surgeons) to specifically look for endometriosis, however it was never found. In fact, I was told after my last surgery at Belfast City hospital that my pelvis was 'squeaky clean'. I was fortunately able to have a laparoscopy done privately at Kingsbridge through insurance last month, where I was diagnosed with endometriosis, adenomyosis, and a right ovary that is stuck with adhesions. I have not yet found an explanation as to why it wasn't picked up sooner.

The past year has prehaps been the most difficult. In August 2020 I attended a gyne appointment at the Mater Hospital (an urgent appointment that I waited nine months for, I was referred before covid) where they found a 6x6x4cm ovarian cyst. I was put on the urgent waiting list for surgery to have it removed, however due to covid no operations were going ahead (which was why I was able to go private). I had a&e at Antrim Area Hospital a matter of weeks before this appointment for severe pelvic pain, however I was told it was a kidney infection and no ultrasound done. I find this concerning given the possibility of ovarian torsion with a large cyst such as this.

In October 2020 that cyst ruptured and I was admitted to Antrim Area hospital. I was also admitted to the same hospital on two further occasions in January and March 2021 with more ruptured ovarian cysts and very heavy bleeding. On all these occasions, some staff were completely lovely, especially the nurses. Some were dismissive, and some were downright rude. I felt like because I had been experiencing these issues for so long but did not have any diagnosis, that I had been labelled with 'chronic pelvic pain' that has no cause. It is an awful feeling to question your sanity over the pain you know is there but no one can see. Several doctors seemed to discourage me from surgery I was on the waiting list for, however if I hadn't have had the private surgery last month then I still wouldn't have any answers.

The most recent negative experience was yesterday. I had spent three days trying to get through to my GP surgery, was able to see the GP who then sent me to Antrim Area a&e due to pelvic pain and numbness in my hip following surgery and a very high heart rate. Spent the afternoon in a&e. The Doctor I saw had to google endometriosis. I was eventually told I was constipated (I can assure you I'm not) and sent on my way with no follow up. I managed to speak to a Doctor from the private hospital who was able to tell me the pain and numbness I am experiencing is likely due to a nerve in that area and is a well known side effect of pelvic surgery.

As I said at the start, it's the system as a whole I find concerning. There doesn't seem to be a lot of continuity in the care. Referrals seem to take forever and waiting lists are huge, even before the added pressures of covid. Over the last 14 years, and particularly in the most recent year, I have experienced everything from the good to the downright ridiculous (for example, a gyne doctor told me I could 'try and get pregnant to see if that would help'). I have seen mistakes in my notes, for example a consultant's report from my appointment last year stating I had my appendix removed via laparoscopy in 2015. This isn't correct, I still have my appendix.

The very worrying thing is that I know I am not the only one in this situation. I fortunately have made connections with others who have endometriosis, and their experiences are similar to mine. Our options seem to be either take hormones to mask the symptoms, or have the reproductive organs removed (which isn't even a guaranteed cure). There seems to be little respect for, women especially in this situation, knowing their own bodies and when something is wrong, and I have often come away feeling like they think it's all in my head. At one point I was told that there was nothing more they could do, but they would refer me to CBT, however that referral never came through.

Again, it is extremely hard to find the words to bring this all together in one box, and to put it all into context. I suppose I would like to finish with a bit of hope for anyone who finds themselves in a similar situation. To not give up. It took a long time but I eventually got some answers. 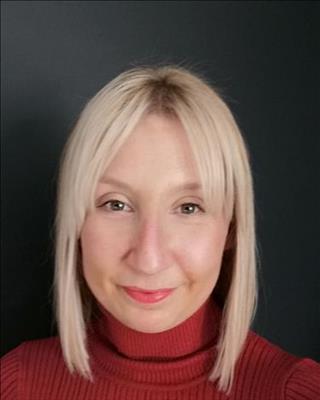 My name is Leigh and I am the Patient Experience Facilitator for the Northern Trust. Apologies for the delay in responding to your feedback.

I am sorry to hear that you have been experiencing ongoing pelvic pain. I can see that this has lead to disappointment and frustration which has obviously impacted on your daily life.

Reading through your story, I can see that you have attended Antrim Area Hospital on a number of occasions. I would like to apologise for the poor experience you have described within your feedback whilst attending as a patient in the Northern Trust. I have shared this story with the teams concerned for learning, and also the senior management team responsible for these areas.

I would like to get a chat with you, to see if there is any more learning that we can take from your experience, and also to see if I can signpost you to any other services that you may find helpful. Please can you contact me on Leigh.Morgan@northerntrust.hscni.net. I look forward to hearing from you.

Thank you again for taking the time to feedback to us.

Have you experienced something like redwf88 did, here or elsewhere?