Posted by allypal (as a service user), 7 months ago

I attended  group schema therapy with two consultant psychologists as leaders between  October 2020 and Feb 2021 which I believe to have been a pilot. It did not go well for me.

Incidents within the group were allowed to get out of hand with confrontation encouraged. I witnessed an older lady being ridiculed with no action taken by either of the leaders. I brought this up to them to be told to bring it to the group. Perpetrators were defensive but not apologetic. I said so and was told that I could not attend any further sessions unless muted as I was causing them distress. I could not face the humiliation so I was forced to withdraw from the group.

I have now been abandoned by Fife Psychology Services and mental health services. I feel damaged by this situation and worse than ever. I have no where to turn and feel let down and worthless.

Update posted by allypal (a service user) 7 months ago

No response from Fife NHS Adult Psychology. I feel like I am being punished because while I was in group therapy, I asked to have my diagnosis from psychiatry revisited as I believed it to be inaccurate and found it distressing to the point of feeling suicidal.

I was told this would not be possible until after I had completed the group therapy.

I was so distressed by the label that I pursued the reassessment myself with psychiatry. I had three appointments with the consultant psychiatrist where my diagnosis was revisited and was then retracted.

The retraction was not acknowledged despite knowing how strongly I felt about it. I must stress that the schema therapy was not diagnosis dependent. I have met someone else who withdrew themselves from the other group due to the confrontational style. They asked for support of a different kind while going through what was a crisis and was told simply to go to their GP.

I am disappointed that no one from Adult Psychology has been able to comment. 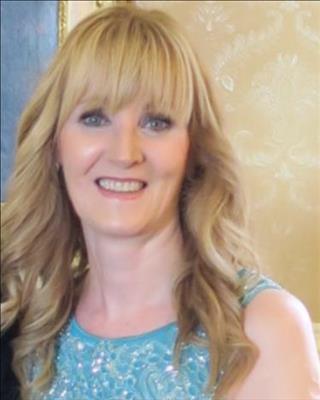 Thank you for taking time to post your feedback on Care Opinion. We were sorry to read about your experience and while we can’t comment on any individual’s care, as a psychology service we aim to provide the highest quality of care and support for those with mental health issues. We would like to have the opportunity to discuss your specific concerns, to allow us to do so, please contact the Patient Relations Team on 01592 648153.

Update posted by allypal (a service user) 6 months ago

While I welcome this response, I have already spoken to Patient Relations and a Dr re my concerns about the Schema Group and the therapist concerned. My concerns were brushed aside and they did not seem able to help. Does this invitation still stand?

Thank you for your feedback with regards to our response on Care Opinion. As you have already spoken to Patient Relations and the Dr with your concerns these will have been addressed through the NHS Complaint Handling Procedure and you will have been provided with contact details for the Scottish Public Services Ombudsman (SPSO). If this is the case, we would not re-investigate and your next step would be to contact the SPSO. If you have not received details for the SPSO, please contact Patient Relations on 01592 648153. We appreciate your feedback and can assure you that these have received our full attention.

Have you experienced something like allypal did, here or elsewhere?