Posted by PQuinn (as the patient), last month

I am 34 years old. Over the last few years I have been left with no option but to receive treatment privately due to the lack of treatment and diagnosis from my practice.

I had some serious knee pain following a football injury. On visiting my gp at my local practice I was given pain medication and physio treatment. This knee pain went on all through physio treatment and I was offered nothing more that physio and pain relief. My knee would give in on me, doing basic activities such as walking. It was then I have to take the descision and go private. I was immediately reffered to a specialist who reffered me for an MRI and physio treatment. The MRI showed that I had damage to my miniscus.  Surgery was approved and during keyhole surgery they found that my tendon was torn in the centre, therefore my knee was opened up and appropriate surgery was given. If I had not went private I firmly believe I would have been left with irreversible damage, with the impression that only pain relief was the answer. I'm have made a full recovery after surgery.

Issue 2.  I have had ongoing back problems for years after an incident in the forces, and each time I seen a GP I only ever received pain relief.  The pain over the years has progressively worsened again I was given pain relief and physio through my GP. This pain has continued to worsen and and due to it being near impossible to get through to my practice over the phone due to their completely insufficient telephone line, I again had to go private. I first tried chiropractic treatment which gave me temporary relief. As it was only temporary and running into the thousands I then reached out to a specialist privately. I again was immediately reffered to a physio and an for an MRI scan. The physio treated me as normal with the inclusion of electro accupuncture. The physio treatment as before did not provide much more progress in my increasing and completely immobilising back pain.  The MRI showed signs of a possible historic disk split with scarring and degeneration of the disc, irreversible damage that could have been treated better in the past. I recall on one occasion calling 999 as in one instance I collapsed to the floor in pain and could not move anything other than my arms without nearly passing out in pain. Because I had no symptoms of covid and had a history of back pain, The operator told me to hang up and call nhs 24. I waited 40 min on hold until my battery died at which point I lay on my livingroom floor completely immobilised with no way of getting help. I lay there for 1 hr before I was able to drag myself to a phone charger and call my fiancee. With the results of my MRI I was reffered to a pain specialist and received an epidural. To no effect. I since been back to my GP and again only pain relief was given.  2 days later I was in hospital due to being in so much pain I have been completely immobilised. Again only pain relief was given. In hospital along with co-codamol and a pain patch I had already taken, I was given morphine, naproxen and a tramadol, and relevant tests for possible cauda equina. The tests came back negative and whilst still in substantial pain (slightly more mobile) even with the all the pain treatment given, I was discharged with crutches.  I was told by the nurse any other decisions such as possible surgery would have to be a "discussion to be had with a gp".  I now have to go back to my GP and literally beg for surgery or contact my local MP.

I am so disgusted and deflated due to the lack of proper diagnosis and treatment available through the NHS. It seems unless it's deemed an emergency, the only answer ever is pain relief and pain management or go private. This is not enough for me. At 34 years old I am in no position to be in this state and still be able to work the rest of my days with ineffective pain relief. Without proper treatment and just masking the issue with pain relief I will no doubt have to take myself out of work half way through my working life, and live in pain taking tablets the rest of my days.  I'm a mechanic by trade, and if I was to put this into perspective, it would be like me attending a breakdown where a car has blown its engine and telling them the car is fine but it has be towed the rest of its days. 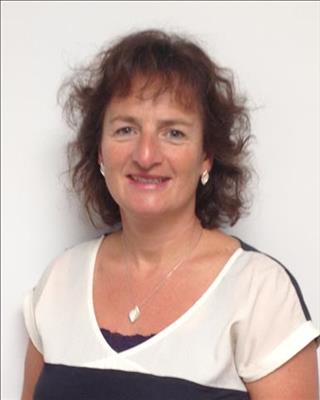 Thank you for getting in touch with us to share your recent experiences and sorry to read of the frustrating journey you have had and the pain you continue to experience.

In order for us to look into your individual circumstances more closely, could you please make contact with our Patient Affairs team on 01698 366 558 or via email PatientAffairs.Wishaw@lanarkshire.scot.nhs.uk.

We will then be able to find out more about you and be better able to respond to your concerns.

Have you experienced something like PQuinn did, here or elsewhere?