Posted By Son of the injured

Posted by Son of the injured (as a service user), last week

On 13th May my elderly mother became suddenly seriously  ill at  6pm.  She was erupting blood from all orifices.  I called 999 and asked for an ambulance.  It took a worrying two hours to get to us, and then two came at once - which, as it turned out, was a good thing.

The ambulance staff were very thorough and professional. They immediately took care of her - we were exhausted after two hours desperately trying to comfort her and control her whilst she was in pain and still erupting from both ends.

They called ahead to University Hospital Monklands to get them prepared for her admission and a doctor was standing by so she would get immediate care.

It was around 10pm before they were ready to make the journey to the hospital.

My mother was taken to A&E then onto Critical Care/ICU.

I was called by a doctor and told that she needed a blood transfusion and asked me a number of questions.

My daughter then reminded me that her gran had a laminated card in her purse to be given to doctors if she ever had to be given blood.

I took this 50 year old card which was barely readable down to the A&E.  The receptionist immediately saw the importance of it, asked me to wait, and went to hand it to the doctors who were treating her. She came back and passed on the doctors thanks.

I then had a few phone calls in the early hours of the morning with doctors broaching the delicate subject of resuscitation should it be necessary.

She was taken to theatre where she had a scope to try to find out the cause with the view of deciding upon treatment.

Later I was called again with an explanation of what had been found and that she had settled a little but was being kept in Critical Care/ICU.

Luckily my mother responded well to the treatment and her condition improved. She spent a few days in Critical Care before being transferred to Ward 10 and eventually onto Ward 7 before being discharged into the care of my partner and I.

I’d like to pass on our gratitude to all the doctors, surgeons, nurses, auxiliaries, ambulance teams, and the A&E receptionist who took such wonderful care of her.

She spent her 90th birthday in hospital - the ward staff arranged a birthday cake for her and some gifts. They, with some assistance from some fellow patients, made every effort to make my mothers 90th birthday a celebration.

I’d also like to say that I fully appreciate being allowed in to visit her each day.

My only criticism is that when she was discharged she was only given enough prescription for a week. With the Bank Holiday We had to endure 1 day without medication.

Dear Son of the injured

Thank you for taking the time to share you feedback here on Care Opinion.

I am very sorry to read about the delay for an ambulance to reach your mum. I appreciate this must have been an extremely difficult and worrying for you all during this time. It's really disappointing when we let people down and I would really like to have this matter looked into for you.

I am however pleased to learn our crew were professional and thorough once they reaached your mother, and it's kind of you to pass on your gratitude to them.

Please may I kindly ask for you to get in touch with our Patient Feedback team to provide us with your name and address along your mother's name, address and date of when we attended to her which will allow us to locate this incident. The email address is sas.feedback@nhs.scot. If you would also be so kind to make reference to your Care Opinion Username so that if someone else picks it up, they can easily link it to this feedback.

We look forward to hearing from you 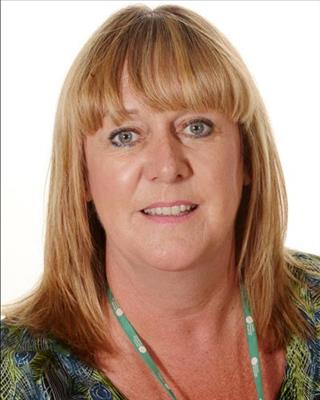 Dear Son of the injured

Thank you so much for your kind posting on Care Opinion. I was delighted to read that your mum's care was so good throughout her stay. The staff involved will be really pleased with your feedback.

It was so nice to see that staff made your mum's birthday so special. These are the small things that make such a difference to patients and their families.

I will ensure your post is shared with all the Wards and Departments involved. On discharge we generally supply a 7 day discharge prescription, however I appreciate this ended up falling on a Public Holiday and I will therefore discuss with staff,

Thank you once again for your post and I hope your mum is recovering well.

Have you experienced something like Son of the injured did, here or elsewhere?