My mum was sent to Hairmyers hospital with a suspected stroke. She was seen and told she required a CT scan. Bearing in mind she had just had a stroke, she was sent by herself to find the CT Scan. This when she had problems walking, felt very ill etc she described to me that she was bouncing from one wall to another! Also when she was discharged we were told she would have to come back later to collect the prescription. I called around 6pm to make sure it was ready and the answer was No. I was told someone would call me back. No return call, so again I phone at 8, a staff nurse in ward 2 (emergency receiving unit) advised I would need to wait until the next day to collect this prescription as the pharmacy was now closed. I reminded her the reason my mum was in there was due to a stroke and she had been advised that she should never be late or miss medication. After some back and forth it was agreed I could get the prescription that night at 10pm.

So my questions are as follows:

Is it Normal to allow someone, who is suspected to have had a stroke, to find their way through a complicated hospital system by themselves to find the CT scan?

Why is it acceptable to the staff that the medication wouldn’t be ready until the next day, only when I insisted and was willing to drive up to the hospital (20 mile round trip) at 10 pm at night after numerous phone calls the prescription was given. This prescription is literally lifesaving for stroke victims, surely it should be a priority? 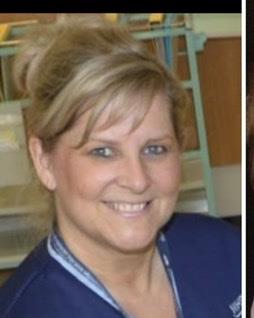 Thank you for providing valuable feedback regarding your mum's recent stay in our hospital.

I would like to offer my apologies as the experience which you describe does not meet the standard of care that we would expect for our patients.

I can only imagine how stressful it must've been for your mum to be asked to attend CT scanning without assistance and again I offer my apologies as this is not our normal procedure, especially given your mum's admission reason of a suspected stroke.

Effective discharge planning including the provision of a discharge prescription is crucial in ensuring a safe transition from hospital to home and I have concerns regarding your mum's discharge, given the information you've provided. We are currently focusing on discharge planning with our staff to put a robust process in place to reduce the possibility of this situation reoccurring.

I will share your comments with the hospital wide team but would like to look into this further and would be very grateful if you would contact myself through the patient affairs team on 01355 585325 to provide further details.

Please pass on my apologies to your mum and I look forward to hearing from you.

Have you experienced something like ELT123 did, here or elsewhere?