Posted by soilpb94 (as a service user), 2 weeks ago

I was due to be induced due to reduced movements at 38 + 4 weeks.   I went into Aberdeen Maternity Hospital in Feb 2021 at 11. 30am to be induced - I was given a covid test which came back negative the next day.

All seemed fine until my actual labour began at 2. 30am the next day, one problem I had during this was my cannula was unbelievably painful and complained multiple times to the midwife in charge but was told it's because I was tensing and to keep moving it and it should stop, making me feel like I was overreacting, but then eventually it started bleeding and it wasn't until then she admitted it had tissued and asked a doctor to come look at it - this is the first incident of me being made to feel like I was wrong.

After almost 8 hours of labour I decided it was best for me to get the epidural due to not progressing past 3cm dilated, the midwives were also noticing a few drops in the babies heart rate when I was having a contraction but was unsure if this was caused by my movements and hoped that when I had the epidural it was settle, this ended up not being the case and her heart rate continued to drop before every contraction and it became apparent I would need an emergency c section.   The c section went well and my baby girl was born after 9am.

The problems really start when I was taken up to the Ashgrove Ward after recovery.   I was taken into a shared ward and because of the covid restrictions my boyfriend was told he would have to leave and book a 2 hour slot to come back later.   After he left my temprature was taken and it was apparent I had a fever of 37. 9 and my blood pressure had also dropped - I was then told this could possibly be sepsis and quickly wheeled into a separate room by myself, during this the midwife asked if they had checked my temprature in recovery before being taken to Ashgrove Ward and I said I wasn't sure and couldn't remember as there was so much going on at the time and again apologised, she then rolled her eyes and I felt like a total burden and it was my fault,   10 minutes later a midwife returned with a covid test and there was no word of if it was sepsis again and was forced to take this even though my previous covid test I took the day before came back negative and within that 10 minutes my temprature had already dropped and blood pressure was back to normal.

I took it and then was told my partner would not be allowed to visit until my results had returned more than likely the next day, I was obviously terrified to be left alone being a first time mum and had just gone through major surgery.   During through the night and the next day my little girl needed multiple glucose tests every 2 hours due to her sugars not rising, and because of this I was unable to feed her until these were done, multiple times I was left waiting as my baby cried with hunger as they were running late, one time when they were running half an hour late my buzzer was also broken and still being slightly paralysed I could not get up to get help whilst my baby was screaming for a feed, I eventually got the buzzer working for the midwife to come bursting in saying she was just outside the door in a aggressive manner, I apologised as I didn't see her but this still shouldn't excuse the fact she was over half an hour late.

My buzzer then broke again and it wasn't until my partner came in 2 hours later, he was able to try and find someone to come fix it. Another incident that happened was I was running on half an hour sleep over 48 hours, on strong painkillers which were also making me sleepy and drowsy, and when I said to the midwife that I was struggling I began to cry as I was scared I would drop my baby as I got to the point I could barely keep my eyes open, and all she said was 'oh yes you do tend to become a bit emotional when tired' and she walked out the door, still leaving me crying and exhausted, this made me feel like I should just get on with it.

Another incident that happened was I had been expressing my breast milk to top up after breastfeeding, I had done this during the night and was helped by another midwife, this took up to an hour to do each time.   When I explained to the midwife who was on during the day that I needed syringes and help to express she said 'yes ok' and again I never saw her again for another hour and had to go ahead and feed my baby without expressing, it wasn't until later that I noticed the syringes had been placed on my table but I was not made aware of this.

I was also discharged without being told anything about my c section wound, how long to keep my compression socks on, when to take my dressing off and how to keep it clean.   I was discharged the next day after my c section, at the first opportunity I could as I feel like I would not have coped any longer.   I am now suffering from flashbacks which send me into meltdown and panic attacks daily and I now never want to have another baby if I have to experience that again and I don't want to go anywhere near Aberdeen Maternity Hospital. 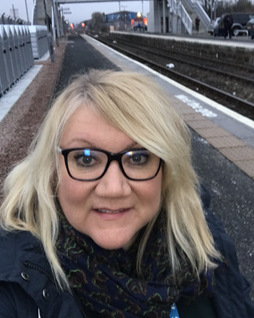 Thank you for taking the time to get in touch and please accept my sincere apologies that your experience has had such a traumatic affect on you, this is certainly not acceptable. With your permission I would like to look into the details surrounding your admission. As this is anonymous if you could email your contact details to gram.womensservices@nhs.scot for the attention of Liz Cheung I will investigate and be in touch with you.

Please in the meantime discuss this with your community midwife who can support you by perhaps going through your pregnancy record with you, to see why decisions were made.

Have you experienced something like soilpb94 did, here or elsewhere?