Care on the ward

"Care on the ward"

Posted by Kanibi27 (as the patient), 2 weeks ago

I was recently admitted with a trapped nerve caused by two discs in spine compacting together trapping my nerve end. It was a bay of Seven beds. Whilst in there I learnt that some staff are compassionate, caring, nothing too much trouble for them. From what I saw however I felt other staff were lazy and shiftless, their only job is not just giving out meds and nothing else, as sometimes people need bedpans, to use the commode or to have a cup of tea made for them during the night also.

A patient in the ward with me asked for water and was ignored, so when a staff member passed their bed doing meds I asked if they could please pass the water four times. I was ignored. Eventually they got the water when a different member of staff came in to the ward. This staff member appeared run ragged during the night, I know this as I spent most of the night awake.

One member of staff shouted from the other end of the ward get to sleep your waking everyone up, the only one waking people up was them and they spent most of their time at the table on their phone.  I have a voice a lot of patients haven't unfortunately. 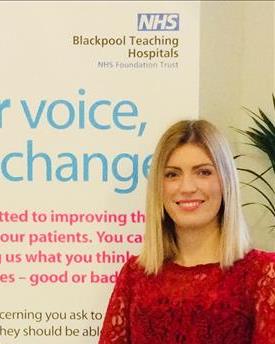 Thank you for leaving this honest feedback. It saddened me to read about your experience and the lack of attention and compassion displayed to the patients in your bay at times. This is not the standard we expect of our staff and I would welcome you making contact with our team directly at bfwh.patientrelations@nhs.net / 01253 95 5588 to discuss these concerns in more detail. I would like to find out the area these events happened on so I can address it with the staff involved. I look forward to speaking with you and I hope your back is better now.

Have you experienced something like Kanibi27 did, here or elsewhere?