Posted by xmasbabe21 (as a service user), last week

I was admitted to hospital to have 2 abscess drained under GA which went very well. I was then transfered to 4a to recover. I was placed in a mixed room of male and female which I understand as it is a admissions ward.

At about 10pm I was transfered to a 4 bedded room in 4c to stay overnight this is when I had a problem. There was no nurse covering this ward. Nurses from 4a were having to cover this room as well as work in 4a so no one was in the ward all the time. I had to buzzed for a nurse I waited about 15 minutes before I phone crosshouse switchboard on my phone and asked for 4a spoke to someone on the ward to be told they could not hear the buzz for our room on the ward as it was connected to a different ward buzzer system and they would have someone come and see me.

That was fine but when I had to get them a second time during the I had to walk down to the nurses stationwhich was a distance from my ward and also for some one with my health problems was not good. I have multiple health conditions and if something happened with these and I couldnt have got help I would have been in trouble. I dont want another patient or the staff to be put in this risky situation again. 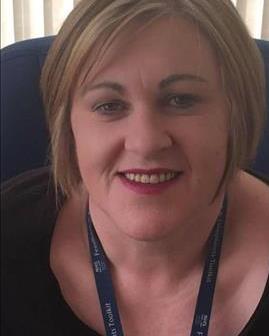 I am sorry to read of your recent experience whilst in University Hospital, Crosshouse. I appreciate it must have been quite worrying to feel you did not have effective access to staff whilst staying in hopsital.. Unfortunately, we are experiencing significant pressures and as a result, we are having to consider all options to ensure we can accomodate all patients that require to stay in hospital. However, all options considered must be safe so your feedback is really helpful for us when having to make these decisions.

Thank you for sharing your experience and I hope you are making a good recovery.

Have you experienced something like xmasbabe21 did, here or elsewhere?