Posted by yankeepr77 (as a carer), last week

On the night my mother died, several other people were severely ill.

It had been very difficult to speak to anyone during her stay in hospital especially on the Grenville ward and on the night she died I was unable to speak to her or even the nurse who was looking after her. I thought she was coming home, but apparently she took a turn for the worse. But this was not communicated to me. There was no 'end of life' care plan in place or even any form of communication. So it was a total shock when I heard of her death. The hospital still have not told the details surrounding her death.

It is a difficult time dealing with COVID but I think the care they have shown is horrendous. Even if I wasn't allowed to go in there because of COVID why wasn't I allowed to speak to her on the phone. They stole the last moments I ever had to say goodbye to my mother and for that I think I will never get over the grief.

I feel they also gave her too much medication and then wondered why she was so sleepy. 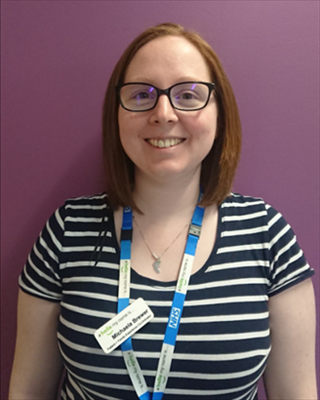 My name is Michaela and I am the Patient Engagement Manger here at Royal Cornwall Hospitals NHS Trust; firstly please accept my heartfelt condolences for the loss of your Mother. I was saddened to read of your experience and it is certainly not how we would want any family to feel. I have shared your story with the relevant members of staff so that they are aware of your experience.

If you haven't already done so and you would like to, please contact the Patient and Family Experience Team (Complaints) to discuss your experience further to ensure it is investigated thoroughly. You can refer to this Care Opinion post so that we will already have some of the background information; I have already shared your story with my colleagues so they are aware.

I am so sorry again that you have had this experience.

I have already contacted the patient experience team at the RCHT, following complaints I made in 2020 and have received very lame, disappointing, responses in return, from the Royal Cornwall Hospital Trust. I am still waiting for further responses to my subsequent questions as there replies are conflicting and confusing.

This is an all too familiar scenario at the RCHT and saying 'Sorry' continually for the same mistakes, and it just isn't good enough.

I know I am not the only one who has experienced these problems and it is very frustrating that there isn't an unbiased independent organisation, that has medical knowledge, where myself and others can speak and ask questions about the trauma we have experienced.

We put our trust in hospitals from the day we are born until the day we die and it is not conceivable that they could be mistrusted with our care.

There are too many traumatic hospital experiences like mine, where questions have not been properly addressed by the hospitals and doubt is cast as to whether they are trustworthy.

It is inevitable that an elderly person will see their last moment of life on a hospital ward which must be a very upsetting and traumatic experience. But now that they are not even allowed to have visitors or in my case even speak to a loved one before the last moments of their life, seems a heartless and barbaric event. I can't imagine how my mum felt not being given the opportunity to speak to me before she died. But the thought will haunt me forever.

Have you experienced something like yankeepr77 did, here or elsewhere?