Posted by Fibro48 (as the patient), 2 months ago

In December I had a wrist injury due to 2 falls, one during a prior hospital admission, the other in a shower, got worse-contacting 111. Advising of my physical disabilities. I'm pushed in a wheelchair. I have Fibromyalgia along with a spinal injury and damage left by an Epidural during emergency surgery. I have complex PTSD (partly due to  past hospital experiences), Depression, Anxiety,Panic Attacks. An appointment at Hairmyers A&E was arranged with full assistance allowable from my Husband.

My husband was told to leave for Covid19 . He had to call regarding my collection. They knew I had no Mobile phone I could only carry my emergency inhaler. How would he know when to phone - we were given no idea how long I would be? I panicked .They said to wait outside in the car instead, in the middle of  December.

I was crying, reception told I suffer anxiety, needed wheelchair assistance. Still insisting he left but I would be watched. As he was leaving my name was called but the Nurse couldn't see me. She left , as he was still there, came back and wheel me to the Nurse, as the security doors were shutting. Really agitated I needed WC facilities, I need assistance with, putting brakes on my wheelchair etc.

Again, my husband told to leave by the Nurse. Clearly distressed in tears advising I was having a panic attack. I have been fully self-isolating since the initial lockdown in March which we informed her of. We noted  2 other patients being escorted ,1 leaving, We were told that was none of our business under The Data Protection Act.

Despite quoting the Data Protection Act , the Nurse immediately openly questioned me in front of 3 members of the public about my mental health/treatment. Further distressed I re-iterated my panic attack. The corridor walls were coming in on me.

The Nurse said the best she could do was to discuss the possibility of him staying  with a senior staff nurse. We have no idea if that happened, no-one else came to see me. If anyone was asked, the decision to refuse was made without an individual assessment

By then the anxiety had escalated, I lost full bladder control. I suffer incontinence/IBS .Beyond up-set, panicked, anguished, frustrated I had to leave immediately. Not without indicating I was being discriminated against due to my disabilities and would formally complain . She remained indifferent. I was  now suffering chest pains/ breathlessness .

In our time there no-one else escorting was asked to leave.

The car journey home was dreadful as I was sitting in wet urine, suffering chest pains, having to take my reliever inhaler still in significant pain suffering severe anxiety.

When we got home the whole family were distressed.

My Husband contacted 111 regarding any alternatives for treatment. The advice, to visit Minor Injuries elsewhere but no guarantees I could be accompanied.

Despite taking all my prescribed medication Tramadol, Naproxen Diazepam Zopiclone I couldn't sleep. I have high blood Pressure this elevated and I took 2 Aspirin and my regular  BP medication . I  had to use my nebuliser relieving Anxiety induced Asthma. My heart rate  130bpm. I had a migraine and flare up of Trimengal Neuralgia.

Normally we would have called 999 as per my Asthmatic care let alone my BP.But Couldn't go back to Hairmyers.

Our youngest daughter had not slept she was so up-set. After 3 Miscarriages, ectopic pregnancy, originally misdiagnosed as an ovarian cyst. I’m especially close to our children given I ’died’ during both births loosing 4.5 litres of blood twice.

A couple of days later my Husband contacted Hairmyers complaints department.. A call back due at 1:00pm. . Still exceptionally up-set tear-full and unable to hold a conversation.

No call until 2.00pm . Unsure if they were even going to call back. I was getting further anxious at the prospect of answering the call whilst alone as my children were being collected from school. I was still in no fit state to handle such a personal sensitive issue alone.

My Father handled the call using the speaker function for me to participate.. The un-named person was negative to a complaint being made especially when I stated, through tears and obvious anxiety, I had extensive knowledge regarding Disability rights and the Law via DWP. I explained Statutory Laws still stand. My Father stated  my Human Rights had been infringed, The call ended without any notice, Hence no conclusion/expectations  given. Left no further forward regarding access to treatment for my wrist.

My Husband called Hairmyers complaints department back asking to speak to a manager .She denied the call had been terminated by her colleague , refused to offer any solution regarding treatment with my husband with me throughout.

Following that conversation, I took a pair of scissors to my wrist. I felt beyond low nothing but a burden/nuisance to the NHS .I’m more weak, depressed, isolated. Not worthy of being part of society. with no-where else to turn to for care not that I even want to go back to a hospital again.

This time of year, is difficult enough having not only having lost my Mother to Cancer at this time of year but also suffered a Miscarriage whilst buying baby items, . Again, I was badly treated by the NHS at that time too – so that all came flooding back. Hospitals are scary enough places for me, now it’s fair to say I’m traumatised. They picked on me at my weakest ebb and cared nothing about it. Previous hospital traumas are part of my PTSD as it is . 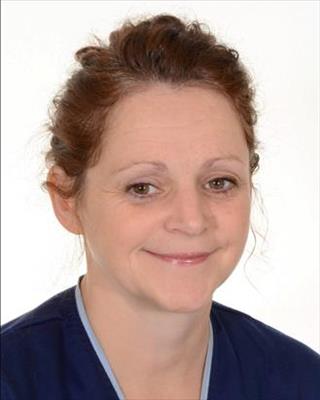 I’m really sorry to hear what a difficult time you’ve had and I’m so disappointed that you needed to leave hospital without treatment for your injury. I’m concerned that you do not appear to have sought, or received any medical treatment for your wrist and I would urge you to follow the advice given by NHS24 (111 service) regarding an alternative location if you feel unable to return to University Hospital Hairmyres.

The details of your attendance at ED is hard to receive as it is not the standard of care and attention that we strive to deliver for people accessing our services; that said, I’m glad you’ve taken the time and been brave enough to share such a difficult experience with us.

All feedback is important as it helps us to reflect, learn and improve how we deliver services. The fact that you’ve been in touch with our Patient Affairs team will enable us to look into the issues you have raised directly; we’ll then provide you with a written response detailing the findings of our investigation.

Best wishes to you and your family for the coming year.

Have you experienced something like Fibro48 did, here or elsewhere?