Posted by skibird45 (as a service user), last month

I was having ureteric stent fitted.

Once admitted to hospital both the registrar and the anaesthetist were exceptionally good at explaining what was going to be happening.  The anaesthetist also spoke to me about what he was doing until I fell asleep.  For the first time since the hospital records were computerised EVERYONE managed to call me by the name I have always been known by, although it is my second name. I can’t overemphasise what a difference that makes, rather than being called by what feels like somebody else’s name.  I felt increasing relaxed, following my less happy experience of the the pre-op assessment.
There the staff were kind, but I felt quite overwhelmed by the amount of paperwork they gave me to read at home. I received:
3 booklets: “Patient admission and information booklet”, “Department of Scheduled Admissions” and “”Fasting before your operation”. These were all clear, readable and laid out in a way that made it easy to find the information I wanted.
A 24-page A4 booklet called “ Anaesthesia explained” covering everything from details of general anaesthetic to paracetamol, and all the grades of staff involved.  This was far more than I needed to know, and in the absence of clarity as to which form of anaesthetic I was going to receive (see below) was more confusing than enlightening.  A single sheet about the relevant form of anaesthesia would have been simpler to absorb.
Information about whether and when to stop each of my medications before the operation.  This was presumably important, and was clear.
Two questionnaires to complete at home, and return.  Both consisted of questions I had already been asked at the pre-op assessment. One for hospital records, which at least was simple. The other was described as a  pre-operative anaesthetic questionnaire.  This was more difficult as I was not clear which aspects of my medical history under the different items were really relevant, and I did not know how the nurse who had conducted the interview at the assessment had completed it in the interview.  I was instructed to complete it and bring It with me when I came into hospital.  When I saw the anaesthetist, I said: “I have a completed questionnaire to give you”, and he said: “I don’t think so”.  So I needn’t have worried!
A 5-page leaflet described as Patient Information for Consent, R14 Inserting an Anterograde Ureteric Stent. This I found both confusing and stressful as it contained information which not only differed from what the consultant had previously told me, but positively contradicted it at times, although I did know that I was having a ureteric stent fitted.  I phoned the consultant’s secretary to arrange a telephone consultation.  The consultant was unaware that information about procedures was being given out at the pre-op assessment, and said he would be quite interested to see it.  After discussion about what it said he informed me that I had been given information about a different procedure from the one I would be getting.   I was able to be reassured that the leaflet I had already been given by the consultant, produced by BAUS, was the relevant one rather than the NHS Grampian one. This did, however, leave me slightly nervous as to whether I would be receiving the correct procedure when I was admitted.  (I was totally reassured by the registrar on admission.)
A sheet giving me the telephone number of the consultant’s Secretary, with instructions to contact her about any changes to my health.  This phone number would have been very useful ( see above) if I had not already been given it.
I reached the letter starting “Please find enclosed admission documents.....” last, which probably didn’t help as my stress level was already raised. This wasn’t helped by the fact that about half of it was in bold.  There was a statement “ “If you do not adhere to this advice, your procedure may have to be cancelled” (in bold) beside an item I could not comply with as I live alone.  Thankfully I had said this to the nurse at the interview, and she had not been concerned (though she had noted it), but this still left me somewhat uneasy.  There were other statements: “failure to do so may result in your appointment/admission being delayed” - twice, once in bold - and “FAILURE TO DO SO MAY RESULT IN A DELAY TO YOUR TREATMENT.”  Clearly the instructions are important,  but could there not be one warning to cover them all, rather than what comes across as repeated threats?  The original part of this letter was clear, but the part added in relation to Coronavirus had very obviously not been vetted by someone with an interest in plain English,  I had to read two of the paragraphs more than once to pick up the main point.
For example: instead of saying : “ It is now policy that all patients attending for a procedure must adhere to strict and comprehensive social distancing measures for a period of 14 days prior to their admission date coupled with strict hand hygiene measures. The guidance around strict and comprehensive social distancing are ensuring that you remain a 2 metres physical distance from anyone outwith those within your own household”,  why not just say: “For 14 days before your admission you must keep at least 2 metres away from anyone who is not a member of your own household.  You must also wash your hands frequently.”
NOTE: It is not the first time in the last 13 months that I have found that those at the coal face were not aware of the information being given to patients prior to attendance,  or that that information  was not correct.  I also experienced both recently when attending the cataract clinic.  It appears that there may be a pattern here in Grampian Healthcare. 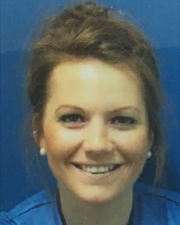 Thanks for taking the time to provide feedback, it is good to hear that you felt the staff showed kindness towards you. I am however, sorry to hear that you felt overwhelmed by the volume of paperwork that you received at your preoperative assessment appointment. It can be difficult to strike a balance between giving adequate information versus giving too much information.

If you would like to discuss anything further, please don't hesitate to get in touch with me, my email address is below.

Have you experienced something like skibird45 did, here or elsewhere?