Calls from my support worker

"Calls from my support worker"

My support worker called today which I was not expecting. I woke up feeling a bit okay and then got the phonecall.

I asked about seeing a psychologist, I’ve never seen one since being diagnosed with borderline personality disorder.

I was told me that there are psychologists available in the area, however it would be a year or more waiting on the list and that I’m not guaranteed a psychologist even if I get a referral.

I had met one of the psychologists at a group setting and had a bad experience, and I never wanted to hear the name again. My support worker kept asking me what happened and I was not gonna go into detail about it because it’s really upsetting.

I asked if I could see someone further away from me, and was told probably not. I was getting upset obviously and kept being asked about the past. I finally broke and said to stop.

They also went on to tell me that it’s up to the psychologist to take my case. Said they would talk to the team and see what other options I have but made it clear to me that there wasn’t any. That it would be highly unlikely for someone to take my case as it would be challenging for them.. that there is no cure for borderline which I already know, but I was the one who brought up the fact that there are medications that can help with the side effects such as anxiety and panic, and was then told that talking therapy could be in-fact very traumatic at the start which I knew about, but they seemed to be so eager to tell me how traumatic it would be. Nothing positive was said at all, and this is my support worker!!

I honestly think the universe is trying to tell me I’m not going to get help. Ever. I’ve fought for it for eight years and this was so negative I feel like crap, I said I was upset but they didn’t try anything. Kept sayingthat they were here to regulate your emotions, and I’m so tired of hearing those stupid words. What does that mean?? I feel worse than I ever did, and I’ve had lots of experiences with the mental health team, and they sometimes have went horribly wrong, but this? One of the most negative encounters I’ve ever had, by the end of the phone call, I honestly was just saying nothing staring at my mom who was shaking her head as she was frustrated too. I have asked and asked to talk to someone else, but no matter what, that’s not happening. Another appointment with the same person has been made for next Wednesday. I know it’s not normal to feel suicidal after speaking to YOUR support worker, I've been called four times now and -I’m here to regulate your emotions- is one of the favourite things to say.

I feel like I cannot win in this case! Then to put the nail in the coffin as to speak, I was told that it would be the local psychologists who would handle my referral. I would rather die than tell them about my life... things are brought up over and over which is upsetting to me which I’ve said to stop. I was shouted at in the second phone call which my mom overheard.

I just feel I can’t be helped or they don’t want to... but I have no more words because this person who I’ve never met in person is making me feel worse than anyone else has.

Every time, is unhelpful and it feels like doesn’t want to help me. I’ve tried asking for someone else but am always told there’s no one else available.

More about:
Tags added by staff members:
Do you have a similar story to tell? Tell your story & make a difference ›› 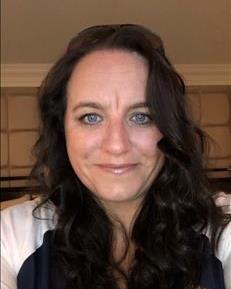 I note specifically that you did not feel listened too and I believe the explanation offered of your treatment options were either not satisfactory or clear to you. May I encourage you, if you felt able, to ask your support worker to set up a meeting with you to discuss all your options. I have taken steps to liaise with the team identified in your feedback and am assured that they are keen to work therapautically with you. As you may appreciate there are some areas of our service delivery that have waiting lists,which are far longer than we would like. This however does not mean that no treatment can be offered in the interim. We work in teams therefore another team member could be present if you felt that would be helpful.

I would love to hear how things go, If you continue to experience difficulties in understanding your treatment options or feeling listened too, please do get back in touch.

Have you experienced something like B-123 did, here or elsewhere?