Posted by redrx98 (as a parent/guardian), last week

My daughter 21 years old, mother of a 6-month-old baby, started to get very talkative and unstoppable train of thoughts. She could not sleep and became delusional. We did not know what to do her doctor was unreachable, so we called 111 many times on the day and night trying to get some help, but only promises to send an ambulance, that never came when we needed it. In the early hours of the following morning 111 called us back to tell us to leave until the morning and to contact her GP. After about 2 hours we were expecting no one we were trying to sleep, then two ambulance staff were at our door. They were very nice but as they arrived my daughter got more agitated. After some conversation, we took a decision that later we would regret, to allow her to go with them and her husband to the Croydon University Hospital and stay at the emergency ward. Big mistake.

They took her to a room that contained a telephone, a computer and a life support machine, gas cylinder for the bed, oxygen pipes, door lock from the inside, a toilet and shower. A sink and tap in the bedroom as well. A completely inappropriate place at a busy A&E unit. A lot of noise, and SILENCE is not practiced there and not even mentioned. Staff chatting loudly by the patient doors and some staff members who seemed to be laughing at my daughter’s behaviour.

The unit is made in a very inadequate way. It is like a call centre. Surrounded by rooms for patients. Very disorganized and no one tells you who is in charge or whom to talk to in case of any need. I felt that staff we encountered were badly trained staff and some badly tempered.

Male patients in the mental health unit were let at loose at the unit, going into the other patient rooms, obviously unattended and I saw patients walking outside the unit at 3 am. Easily could have resulted in something bad to a female vulnerable patient. No cameras were seen at the unit to supervise anything.

Very low tolerance to mental health family members who are not used to this environment and easily are put out the unit by the place that incredibly has a manager. The mental health patient is allowed to wander around without being disturbed. They do not let the patient family members know their rights. I feel that they are dishonest or are not in control of the unit. They say they have a mental health team there, but every day seems to be a different person in charge and no results or progress is made. The patient deteriorates and even the proper medication is not given. My daughter who refuses to take any pills did not have an alternative treatment for her illness there where she stayed for 3 days.

They basically kept her under sedation at a dosage that I feel could have been dangerous and subject to reaction to different sedatives.

No one offered the family member a form to fill up to tell how the experience at the hospital was, the only thing they said when the patient family member got desperate to get some information was to complain to the PAL’s team. Zero empathy. They mistakenly told us that my daughter was detained under section 2 even though the papers were not complete. The mental health act section 2 say that they have to assess the case and treat the patient. None of that really happened, because they seem to lack medication, facility and trained personnel. I would never ever take a mental health relative to any A&E again, I would go straight to a mental health hospital because as they say the patient as soon as they get to A&E they will be "under arrest", they cannot turn them back.

Perhaps we all are the victims, but they are the ones to change it. Less false heroes, less arrogance and more professionalism, please.

When my daughter was leaving the unit after three days and she was taken to the transportation car I saw the monstrous face of the mental health system. A car fit to transport animals or dangerous criminals. Seriously, people that decide on the behalf of mental health people need a consultation. There was no need for that last humiliation, she is not an animal, and even animals have more comfort. 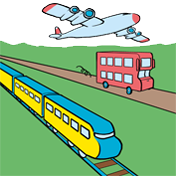 Thank you very much for taking the time to provide feedback in regards to your daughter's experience and your observations.

We are very sorry to learn that you are sharing negative experiences, however our Trust would benefit from learning more.

In relation to the concerns / feedback around your daughter, if she is able we would encourage that she contacts our patient experience team (PET) directly by emailing CH-TR.PALS@nhs.net. If your daughter is unable to write to our PET team directly, you could do so on her behalf, however please note that there will be a request for signed consent from your daughter for you to look into matters on her behalf.

You have noted other issues within CHS services that we would also benefit from looking into, as such please can you contact PET by emailing CH-TR.PALS@nhs.net

We take all feedback, concerns and complaints seriously and will work earnestly to resolve all challenges with patients, their families and cares.

Thank you very much

Have you experienced something like redrx98 did, here or elsewhere?