Posted by Bailey13 (as the patient), 4 months ago

I attended an appointment at my GP surgery in September 2018, the purpose of this appointment was for fertility advice.

My wife and I got married in July 2019 and we were keen to start trying for a baby as early as possible after the wedding. Being a female same sex couple we weren't quite sure where to start and we thought an appointment at my GP surgery seemed like the best option.

My wife to be was present with me at this appointment. I kicked off the conversation with my GP advising them of our upcoming wedding and that we would like to start trying for a baby once married and their response was we need to have been trying for 2 years before we would be eligible for any treatment through the NHS. I highlighted that my partner was obviously female and asked how they suggested we would 'try' given neither of us has half of the genetic make up required to try for a baby. The doctor said we should go online and obtain sperm from a sperm bank. Slightly taken aback by this advice we asked if they could recommend a website and they advised to just go on to google. My wife and I left the appointment that afternoon, probably more confused than we were before attending.

We came home and as suggested had a look on google and found a company called GCRM.  We contacted GCRM and we have since had 2 unsuccessful rounds of IUI which has cost us approximately £5000 which we had to take a bank loan to fund.

After finding out our second round of IUI was unsuccessful we had to sit down and have a conversation about how we proceed because we simply financially could not afford to continue down that road.

We reached out to one of our friends who live nearby who have 4 children, 1 boy and 3 girls (triplets) to understand what they went through to conceive their children.  When we told our friends what conversation we had with our GP and subsequently how much money we have since spent they were really shocked. They had gone to their GP before trying for any children, for exactly the same reason we did, to establish where to start as they are both female.

Their Dr advised that he simply had to refer them for fertility treatment. After being referred they were given the option of having 6 rounds of IUI or 3 rounds of IVF, they opted for IVF given success rates are significantly higher. They conceived their son on their 3rd round of NHS funded IVF. After having their son they decided to try for another baby and understandably as they had already conceived a child from NHS funded treatment they had to opt for private treatment at this time, which they did through GCRM and conceived their triplets. We have since spoken with other friends of ours, also same sex couples who have received different advice to us and have been referred on for treatment immediately.

I contacted my practice manager and asked for his help and we have since been referred for treatment through the NHS  with our first consultation tomorrow. We have also received an apology from my GP for being unprofessional and giving us information which could have been unsafe. He did however claim that the guidelines available on what Dr's should/shouldn't do when it comes to fertility treatment for same sex couples was very grey and that this was likely why we had been treated differently to our friends.

Whilst I am grateful for this apology and our subsequent referral this was not without us being treated inconsistently to others whilst causing us stress both financially and mentally. 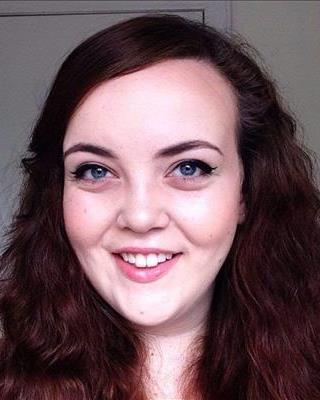 I am so sorry to read of your experience and the stress and upset it has caused both you and your wife. Please also accept my apologies for the delay in responding to your post, I have been speaking with colleagues to understand how best to help.

I have spoken with the Lead Nurse from the Assisted Conception Service and a colleague from the Equality and Human Rights team to clarify the guidance. They have said that the guidance was reviewed back in 2009, following legal action from a same-sex couple. The guidance is that same sex couples are able to access assisted conception services if they meet the NHS criteria. They do not require to be trying to conceive naturally for 2 years prior to referral and this only applies to heterosexual couples who have a diagnosis of ‘unexplained infertility’.

GP services are independent contractors which means they have different methods for receiving feedback than our acute (hospital) services so they won’t be able to see this post. If you would be happy to provide me with the name of your practice, I can share this post with them, although I understand that you have already spoken with the practice manager and received an apology from them. Please do let me know if I can be of assistance, my email is Rachel.pyle@ggc.scot.nhs.uk

Have you experienced something like Bailey13 did, here or elsewhere?