Doctor refused to see my son

"Doctor refused to see my son"

Posted by Patient333 (as a parent/guardian), last month

Tuesday afternoon I called my GP Surgery, I explained my 8 month old was continually dropping his head and crying, then tensing his arms and crying, I was advised the doctor would call me back Wednesday morning. Wednesday morning a doctor called me, I have never spoken to such a patronising person, the first words were 'why am I calling you? '. Instantly that upset me, as there didn't seem to be any care. I explained about my 8 month old dropping his head and it was getting worse, I explained he was crying while doing so, and was just told that "babies do these things"? I said this isn't normal for my son. I was asked what I expect them to do, as they aren't seeing patients. I feel that this is an absolutely disgusting attitude, my son was showing major signs of infantile spasms and they were refusing to see him. I knew they were seeing patients as in the call I made the afternoon before the receptionist had informed me the doctor might want to see my son and they are staggering appointments due to COVID 19. I said that I have videos to show and the doctor said 'how do you think I'll see them? '

This was not a good experience. Not only refusing to see my son, but as a mum I felt like I was completely ignored in my feelings about it. Made me feel very over bearing. I then said, if my son is ill in the future and they've refused to see him or listen to me I will really complain, I was then asked if I could send the video by email - not exactly rocket science. I sent the email. I live 5 mins away from the surgery, I can't believe they couldn't see the danger they were potentially leaving my son in! I was called back later and told they had looked at the video and that his head drops fall in the range of normal, and "as a parent" they feel its ok. AS A PARENT! I might as well just have asked the post man, he's a parent! How can anyone think that is an acceptable answer after not physically seeing my son is beyond me. I pushed for a referral and was reassured they would do one.

That night my sons head dropping was so bad he couldn't eat his dinner, I called 111 who were completely shocked my GP hadn't seen him as soon as I mentioned the head dropping. They told me to bring him in right away for an assessment. That night my son was admitted to Dumfries hospital as they weren't happy with what they were seeing, he had numerous tests done and the next morning we were sent up to Glasgow Children's Hospital for a emergency EEG, they were suspecting epilepsy. I was advised from both hospitals and 111 that I could make a complaint about my doctors attitude and behaviour. I am truly shocked, appalled and let down by this doctor, no care or compassion for my son.   They have a duty of care which not only in my eyes, but in the eyes of doctors and nurses at both Dumfries and Glasgow hospitals that I spoke to, was failed. I plan to move myself and my son from this surgery. Absolutely shocking behaviour. Thankfully we are hopeful the results are clear. The nurses, doctors and neurological team from both hospitals went above and beyond with the care of my son. I can't thank them enough. I seriously hope the GP surgery can see this, I hope the doctor realises the way I was spoken to was appalling. Made me think I was over reacting, when in actual fact the doctor was under caring.

Dear patient 333, I am deeply sorry that you felt your GP did not send you for assessment at the hospital but I am glad that your son received the appropriate care and treatment when you came to the hospital. I hope your son is now doing well. It is always a worrying time when we have family members that are unwell.

I am sure that your complaint will be dealt with appropriately.

I am so very sorry to hear about your experience before coming to hospital. On behalf of the nurses and doctors in the neurology team I would like to thank you for your feedback, which I will share with them. I wish you and your son all the very best in the future.

I am responsible for the co-ordination of Patient Feedback and Formal Complaints received by NHS Dumfries and Galloway. 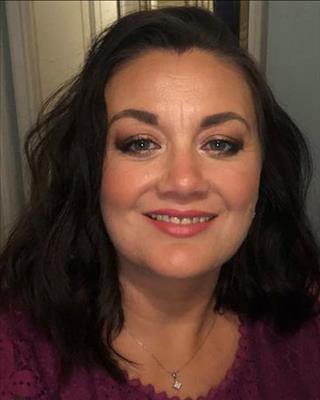 Thank you for taking the time to post your story. I was very sorry to hear of you and your son's experience and acknowledge how worrying and distressing this has ben for your family.

I would like to look into this matter further for you and in order to do so, I need some further information from you. It would be helpful if you could contact me by email at Dumf-uhb.PatientServices@nhs.net with your contact details in order that I may call you at a convenient time.

Thanks for sharing your experience on Care Opinion. This has clearly been a worrying time for you, and your family, and I wish you all well.

I see my colleagues from NHS Dumfries & Galloway have been quick to respond to your feedback and are keen for you to get in touch directly with them. They are best placed to review this for you.

Your story was tagged to NHS 24 as you mentioned a call to 111. If you want us to explore anything further in this regard, please don't hestitate to contact me at Patient.Experience@nhs24.scot.nhs.uk

Thanks again for getting in touch.

Have you experienced something like Patient333 did, here or elsewhere?