Waiting time for our son's surgery

"Waiting time for our son's surgery"

Posted by JAS20 (as a parent/guardian), nearly 2 years ago

I am writing this , on behalf of my 4 year old son.

Following meetings with Speech and Language, Specialist Children’s Services, with our son, my husband and myself requested that a referral should be made to check our son’s hearing. In March 2019, we were told that a referral for Ear, Nose and Throat had been made. Aware that waiting lists within the NHS are long, we waited with great patience. This was a wait of approximately 8 months.

After chasing this up, we were informed by Speech & Language in November 2019 that the referral had not been processed properly. Approximately an hour after this call, S&L phoned my husband back , stating that they had emailed Audiology in March, to request that our son required an assessment of his hearing. However, after writing to the Head of Paediatric Audiology regarding this, I received a voicemail on 6th December 2019 stating that the referral from S&L, dated 22nd March 2019 was never received by the Paediatric Audiology department.

It is then stated that S&L contacted the department in November 2019, asking why there had been no appointment given. We were then told, due to the amount of time we had been waiting, that the department was able to offer us a cancellation appointment at the end of November and that our son had now been referred onto ENT. Audiologists diagnosed mild to moderate hearing loss measured within the sound field and suspected that he had glue ear. Again, due to the time we had been waiting, they managed to get us an appointment with ENT, Clinic 7 Outpatients, to see a consultant. The consultant assessed our son and said that he would require Grommets and Adenoid surgery.

We were then contacted by the Waiting List co-ordinator in December, to inform us that our son was on the waiting list for surgery, however there would be a minimum of 3 months waiting time but it could be longer. I felt that this was a very generic letter that did not take into consideration the time that my son had already been waiting. I decided to state my concerns in a letter of response which was addressed to the Waiting List Co-ordinator and was sent under the ‘Next day delivery’ service in December 2019. Again, mindful of the Christmas and New Year period, I waited patiently for a reply. After waiting over 4 weeks, I decided to phone the waiting list co-ordinator, on the number provided on the letter. I explained my son’s situation and they were unable to help but they were able to give me the number of their complaints line. I phoned this and spoke to a waiting list co-ordinator, whom was aware of the letter I had sent. They said that a reply had been sent out in early January. I have yet to receive this reply.

On talking to her and explaining the situation, she told me that the Speech and Language, Specialist Children’s Services were independent of the hospital. Given that the S&L letters are headed with an ‘NHS Greater Glasgow and Clyde’ logo, it gave us the impression that S&L were working in partnership with the hospital or at very least the NHS?? However , apparently not and therefore they had to go with the referral date that was given by the QEUH in December 2019, as opposed to the original date in  March 2019. Furthermore, I was then told that the current waiting time is now 15 months! How is this fair on my 4 year old son, who has been waiting this whole time???

I explained that my son has experienced difficulty with communication at nursery, as a result of his hearing impairment and given that he is due to start school this August, we need our son to be fitted with temporary hearing aids until he is given surgery(as was previously discussed with audiology). The waiting list co-ordinator emailed the Head of paediatric Audiology, to ask them to contact me. I have yet to hear from them.

This has been an extremely stressful and anxious wait where my son has suffered terribly from multiple ear infections. Chasing this up with emails, letters and phone calls has been very time-consuming and costly, when we have ensured mail is sent with the ‘Next Day Delivery’ service.

Our aim now is to get our son appointed for surgery at a time when he *should* have been, according to our original referral date and ensure that he is fitted with temporary hearing aids as a matter of urgency. Right now, we do not know who to turn to next, for the help our son needs. 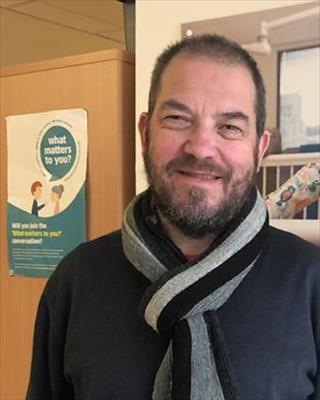 Thank you for sharing your experience on Care Opinion.

I would like to reassure you that Speech & Language Services do sit within NHS Greater Glasgow & Clyde and we work closely with this service on a regular basis. I will ask all parties involved to review their referral processes, understand why they failed in this instance and ensure we improve going forward.

I appreciate how difficult and frustrating this experience has been for you and your young son and I would like to sincerely apologise for the lengthy waiting times that you have endured and the lack of clear communications throughout this period.

I would like to look at your son's case in more detail and then arrange to speak with you directly. If you are happy to do so please contact my colleague Pamela.mcgoldrick@ggc.scot.nhs.uk (quoting ref no. - 732351) who will assist with this.

I look forward to hearing from you and helping to address the issue you have raised.

I understand you have been able to discuss your concerns with my colleague Pamela McGoldrick this morning. I am pleased we have been able to agree timescales for your son’s treatment that are in line with what you should have expected had the original referral been progressed appropriately.

Again, I apologise unreservedly for the poor communication and the extended waiting time you have experienced in this instance and the additional stress this has caused for you and your family. We are very focused on improving overall waiting times for all our patients and families and will continue to do so. Thank you for your kind comments this morning regarding the high standards of care your son has received when attending the hospital. I wish you and your son well and please do not hesitate to get back in touch if required.

Update posted by JAS20 (a parent/guardian) nearly 2 years ago

I am extremely grateful for the way in which my concerns have been addressed and we, as a family are feeling hopeful for our sons future treatments and surgery.

The new timescale that has been agreed, is the best we could have hoped for and we thank all who have been involved in making this happen.

The care that our son has received to date has been of the highest standard and we consider ourselves very fortunate to have access to such a wonderful national health service.

Thank you for taking the time to help us, in what has been a very stressful time.

We greatly appreciate this,

We were advised that someone would contact this month, regarding our son's treatment for grommets and adenoid removal.

We can fully appreciate the strain that the NHS is under, given the current situation with the Coronavirus pandemic but we are eager to find out if and approximately when our son will receive this treatment?

We look forward to hearing from you, 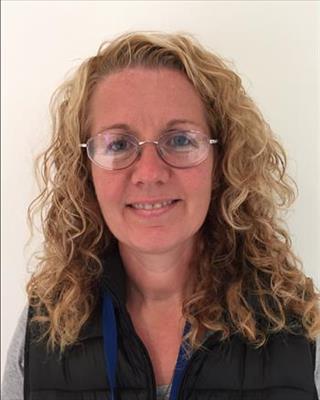 Thank you for getting in touch with us.

Pamela has recently moved roles, however, to ensure continuity of correspondence has shared her feedback with me so we can ensure we are able to keep you updated.

The impact of Covid -19 in RHC has meant a significant reduction in planned surgery over the last 3 months.

While we are now gradually increasing our surgical capacity this remains well below our normal level and regrettably due to the impact of coronavirus will do for some time to come. All these arrangements were and have been implemented to ensure maximum safety to patients, relatives and staff during Covid-19 period.

This inevitably has meant all waiting times for surgery in RHC have been reviewed with the most clinically urgent being prioritised.

While I do not underestimate your concerns about further delays in surgery for your son I am afraid this is going to have an impact on his waiting time. At this stage I am unable to provide a definitive timescale for the date of his surgery. At present we are doing all we can to increase the number of children operated on as we continue to build up our daily theatre capacity to undertake more operations.

We will stay in contact with you and the ENT team will continue to monitor your son’s status. Should you have ongoing or new concerns please let us know so he can be reassessed.

I appreciate this response might not be what you were wanting to receive and we thank you for your understanding of the current situation. In consideration of this we would also offer you the opportunity to speak to our management team (Jamie Redfern, General Manager - jamie.redfern@ggc.scot.nhs.uk) to answer queries and respond to any additional concerns you may have.