Posted by Unhappy patient 000 (as a service user), 2 months ago

I recently had an overdose from prescription drugs due to self-harm issues. I have borderline personality disorder and I’m struggling mentally at the moment. This is my 3rd overdose and at the time I feel I want to die however it’s usually an overwhelming feeling of wanting the emotional pain to end.

I was brought into to a&e by paramedics and was looked after in resus by nurses and anaesthetists. When I was stable I was transferred to mau ward late afternoon with heart monitoring on, just incase I deteriorated and needed transferred to itu. I was very disoriented, drowsy and still struggling to catch my breath. I had no idea where I had been transferred too.

I eventually became more aware of my surroundings hours later and had to look at board behind me to realise where I was. I became very upset and distressed however I was still struggling to get out my bed. I felt all the staff were ignoring me crying and it was actually the domestic that asked me if I wanted the curtains pulled around me for some privacy.

The first doctor who came to speak to me informed me, very loudly, that I had had an overdose and asked me whether I wanted to kill myself. At this point I broke down and they walked away.

Staff would come to take my observations however nobody was interested in asking how I was feeling. I felt I was being treated different from every other patient in the ward.

The worst part was my discharge!  I have chronic back pain and take regular medication for both my back, nerve pain and mental state. I had overdosed on paracetamol and I was discharged after 10pm that day with no medication for my pain. I was in agony and I was already getting withdrawals from not having my regular medication. I explained to the clinical nurse whom was discharging me that I really needed these meds as I was feeling very agitated and sore. I was spoken to like a child and they shouted that I had came in with an overdose and by no means was I leaving the ward with any medication! My husband explained, as I was very upset, that I had a diagnosis and this should be taken into account. He also expressed his disgust in their mannerism towards me. The whole ward now knew why I was in!! The staff member went away and wrote my discharge letter and sent it back via a nurse who apologised as they personally felt I wasn’t well enough to be going home. I was keeping no food down and couldn’t drink water plus I was still unable to walk stable.

I had met by crisis team previous to being discharged and they were never asked to put any input into my discharge letter, which they are aware of now.

I was made to feel I was just wasting everyone’s time and I didn’t ask for anything during my stay in MAU. I definitely feel there needs to be more empathy shown towards patients with mental health issues, especially after an overdose situation. This ward will deal with patients who have had similar issues to mine and my heart goes out to them if they had the care I had.

I hope there in the future there will be more awareness within this ward for mental health disorders and that they can coincide with genuine physical pain also. 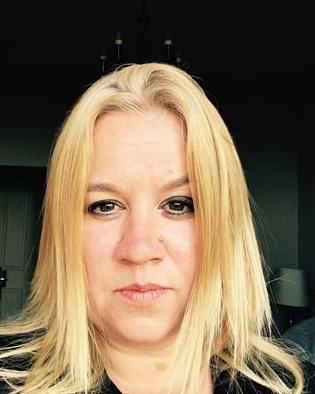 As the lead clinician on MAU, I was distressed to read of your experience and can only apologise for how you were made to feel during your stay with us. The basis of all medical care starts with communication and through this, we build a foundation of trust between the patient and the doctor and/or nurse looking after them. As doctors, we do have to make a judgement around the ongoing risk of further self harm (and therefore the risk of providing further medication) vs the chronic conditions that medication is needed for. This can be a difficult balance however clearly without knowing more about your individual case, it is difficult to comment further upon this. However, this should all have been clearly communicated to you (within an appropriate environment) and a collective plan should have been created, with you actively at the centre of all decisions made.

I'm sorry that I cannot change your experience but I can endeavour to try to prevent this happening again. I will circulate your story to the medical and nursing teams in order for us to reflect on how we might have done things differently. I very much hope that you are now feeling better and are receiving the support that you need within the community.

Thank you for your reply. I myself am a qualified practitioner and this is what prompted me to write this.

Unfortunately there is a lot of stigma and lack of understanding surrounding poor mental health and my main priority was to highlight this.

I m doing much better thank you following my contact with crisis team and work with my cpn.

I’m glad this has been raised and changes can be made to improve to the care that is delivered to someone else in a similar situation.

Have you experienced something like Unhappy patient 000 did, here or elsewhere?