Posted by Highland Fifer (as the patient), 11 months ago

In July this year  I did a bowel screening test, at 52 years old this was the second test, the first one had been clear, I really didn't expect any issues as I had no symptoms of any illness. I sent it off and then a week or so later I received a letter indicating that the result of the tests showed that further investigation was required and I was to be scheduled for a colonoscopy. The next step was my initial meeting with the bowel screening nurse at the Vic to discuss the procedure and the possible outcomes, within a week I was scheduled for a colonoscopy. Mr Manimaran was the consultant who carried out the procedure.

I cannot emphasise enough how professional and supportive the team were through the entire procedure they explained every part of the process and half way through it watching on the TV monitor Mr Manimaran highlighted to me a potential issue that would require further investigation. He took a small biopsy for analysis.

The results came back 10 days later, I was asked to come into the hospital to discuss the outcome, I was informed I had colon cancer,  it was at this point that the team at the Vic then really came into their own.

I was contacted regularly, I had telephone numbers to discuss concerns and provide me with support. The appointments for additional testing (CT scan and blood testing)  and the pre-op screening came in quickly and were prioritised. I didn't feel alone at any point of the journey, and that was really important for me, knowing that the team at the Vic were there at all times kept me in a very positive frame of mind.

I then met Mr Yalamarthi, he was the consultant who would carry out the operation to remove the tumour, I was also introduced to some of the SEAL nurse team, in truth  it seemed every second person was called Wendy or Jane.

My admission to the Vic, my operation and subsequent short stay on ward 53 flew past, I felt really positive over my 3 day stay, the nursing team, the consultant and every member of staff who I came into contact with kept me informed and put my mind and my family's mind at rest with any questions answered quickly and very openly.

On my release the team kept in contact with me, they informed me as soon as they had the results of the pathology and called me to let me know my cancer had been not spread and there was no further treatment required. They kept in touch with me regularly over the subsequent six weeks and I have been scheduled for ongoing checks over he next few years. Im now fully recovered and back at work.

The last few months have been a blur really, but the support of my family and the entire team at the Vic has been amazing. There are no words for how you feel when you are told you have cancer and there are so many negative stories about our NHS.

But my entire experience at the Vic has been positive, I never felt alone, I had constant support and I felt at the centre of all the decision making and this really helped me get through this not only physically be also emotionally

I have spoken about this openly to many people and have discovered that a lot don't do the bowel screening test when it comes through the door,they throw it in the bin, I cannot emphasise enough the importance of this test because if I hadn't done it, this story could have had a very different outcome

Once again thanks to everyone who helped me get through this.

It was a pleasure to read your story. We as a colorectal team are pleased that you have taken the time to express your feelings and how this was for you. It is nice to hear that you have felt fully supported and informed throughout your journey.Your feed back will be shared with the team. We wish you all the best in the future. 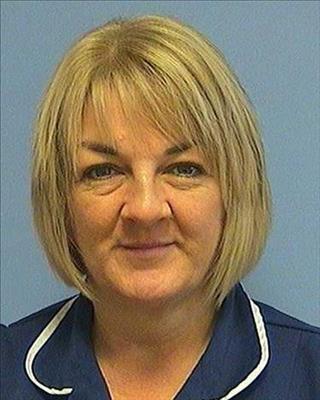 Thank you so much for sharing your experience on Care Opinion. It certainly does stress the importance of the bowel screening test.

I am pleased to read that the staff in Endoscopy supported you through your Colonoscopy and again when you attended the SEAL on the day of your operation. I will be sure to pass on your comments to the teams involved.
Yours is such a positive story and its so nice to know you have made a good recovery and back at work.

Have you experienced something like Highland Fifer did, here or elsewhere?