"My dads care at hairmyres"

Posted by Mary doll (as a relative), 2 months ago

My dad was admitted to hairmyres hospital to have a half leg amputated at the start of aug.  he was in ward 8 vascular ward and the staff were great with my dad. He was then transferred to ward 9 cardiology ward were he was in there for about 4 weeks.  he was in hospital all in all about 8 weeks but from when he was moved to ward 9 for heart failure and fluid in the lungs he totally went down hill with the care he was given.

Im just going to tell you about the last day when he was getting discharged we went in about half ten in morning to find my dad lying at the bottom of the bed covered in pee and poo I went out and asked a nurse could she clean him her answer was I have just done it give me 5 minutes.  15 minutes passed she didnt come back.  went asked another nurse she said the same 5 minutes and another 15 minutes passed so this is now half hour waiting and my dad still wasnt cleaned so I took him to shower myself. I then found out his bum was red raw with bed sores.  I had asked previously for someone to look at this but didnt happen.  So I went and said to nurse he has sore bum can you put anything on it she handed me 2 sachets of cream not even I will do it or I will come have a look nothing.

Then I brought him out shower asked for bed sheets and was told its ok yous have to go to day room and wait for ambulance transport.  I then told them this was not happening as was told when went in his foot was swollen as he was on chair to long so hes not sitting on it for another 4-5 hours before transport comes.  The nurse then gave me sheets which I made the bed myself and put him in until ambulance came. He was discharged about 5 or 6 oclock got home just wanted to go to bed and sleep.

Next morning about 11 am we had to call ambulance as he was ill got him to monklands were he had a UTI sepsis  as soon as catheter went in there was pus coming out it.   was told the infection was probably there 2 to 3 days were it ties in with ward 9 removing the catheter on sunday when we asked not to as easier for him and us if giving 24 hour care.  they said district nurse would put back in if needed and on the morning of discharge no test done what so ever. so if they hadnt have took catheter out or done a urine test they would have noticed this but it was to late as he was already fighting it for 2 to 3 days.  so the wee soul sadly passed away in october 2019 at monklands hospital.  he should never had been discharged from hairmyres the day before. 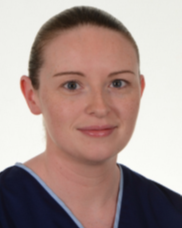 Please accept my sincere condolences on the death of your father. I am very sorry that your dad did not receive a level of care that was acceptable and that you had to intervene on so many occasions. I am concerned to read the description of your experiences within ward 9, the care you describe falls significantly below the standard of care which I know this ward and the team can deliver. I would like to find out more specific details so I can investigate this and take appropriate action. Please can I ask that you contact me through 01355 585325 so we can arrange the first steps in this process and I can talk with you in more detail about what this involves.

Have you experienced something like Mary doll did, here or elsewhere?