Posted by Virgolex (as the patient), 12 months ago

I was 12 weeks pregnant and attended for my first scan appointment where we were  told the sad news that the pregnancy was not viable. I was admitted to D9 later that day and underwent a medical termination. Although the nurses did not think I had passed all the pregnancy the gynaecologist, after scanning me felt I could be discharged without any follow up care. I was not provided with much information about what to expect other than, I could bleed for 3 weeks or given a number to call.

When I did have concerns about the amount of blood and clots I was passing the midwives I spoke to at the hospital I felt were very dismissive, lacked empathy and not helpful.

I presented to A&E  when I was showing signs of an infection. I was examined but not scanned and sent home with oral antibiotics. The gynaecologist did not think there was a clinical indication for a scan at this point, which I now know delayed me getting the right treatment.

5 weeks since the termination I deteriorated and almost collapsed. It was actually a midwife from the Tommy’s organisation who finally gave me sound clinical advise that passing large clots is something to be taken seriously and that only a scan could rule out retained products. I have lacked any continuity of care as I was discharged with no follow up or point of contact. When I phoned to explain my concerns I do not feel it was taken seriously by the midwives. I also feel the gynaecologist should have scanned me that day or at least offered some follow up. When I have been at the lowest I have ever been with grief I have had to struggle to get the appropriate care. I am a nurse and appreciate the pressure the NHS is under but this is no excuse for the poor care I have received. 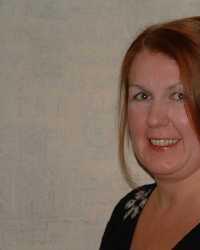 I am so sorry to hear about your care and experience at a time of grief for you. This is not the standard we would expect to achieve and we would certainly expect you to be shown more compassion. I wonder if it would be useful for you to come and meet with myself and the medical director to tell us more about what happened. This may help to bring some closure for you and would help us to learn from this situation and improve for the future. If you could contact me directly I would be happy to arrange a meeting. If you do not feel that a meeting would be helpful for you would you be willing to let me know your details so we can investigate what happened in your case.

I do hope that the support you have secured from other sources is being helpful in your recovery.

Update posted by Virgolex (the patient) 12 months ago

If you could provide me with your contact details that would be helpful, as I feel there is a significant safety concern.

Have you experienced something like Virgolex did, here or elsewhere?