Posted by Kennys Angel (as the patient), 12 months ago

I went to the monk lands hospital with chest pains and as soon as they discovered I was having a heart attack it was treated in the most unbeleavable way. The speed calmness and efficient of the staff was second to none. Before I had time to think I had been given pain relief and in a blue light ambulance to hayrmires hospital.as soon as I reached there I was operated on and 2 stems fitted.

. The surgin explained everything he was doing and put me at ease. I am now at home feeling great . It all seams a bit unreal. I will never be great full enough for the teams efforts 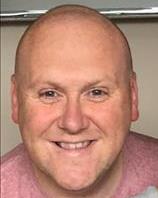 Thanks very much for taking the time to leave feedback on the Care Opinion platform. I was really sorry to learn of your heart attack.....how are you feeling now? It must have come as a real shock to you.

I am delighted though to hear that you were treated by our teams so very professionally and swiftly and that you received all the treatment you needed to safely get you back home.

I will pass on all of your comments to our clinical teams in the Emergency Department and I am sure they will be delighted to hear you are now doing well and on the road to recovery.

Have you experienced something like Kennys Angel did, here or elsewhere?