I went into early labour at 21 weeks and my baby boy died. The midwives and the wider team who attended to me whilst I was in labour did an amazing job considering the circumstances and I cannot thank them enough. I know nothing would have changed the outcome of my pregnancy, and the loss was inevitable. I do not blame any of the medical staff that I came into contact with that day with what happened. However, there are a few things I would like to feedback.

On the day that that I went into labour I woke up and noticed that I had period-like cramps. I didn’t contact the Maternity Assessment unit as I had a midwife appointment at the Victoria Hospital that morning. A student midwife took the appointment and the midwife I normally see was coming in and out of the room during the appointment. I told the student midwife I wasn’t feeling great and that I was experiencing period like cramps and a heaviness in my upper legs. I was told it was round ligament pain and that I could take parecetomol for it, which I did. The student midwife listened to the babies heartbeat which they said was strong and felt the baby's position.

A few hours later I was feeling concerned as the pain was increasing and I was feeling nauseous and faint. I had not felt my baby move that day, I would usually expect to feel him move at some point.

I phoned the Maternity Assessment Unit and explained to them that although I had had a midwife appointment that morning I was worried. I told them that they had said the pain I was experiencing was round ligament pain and that they heard the babies heartbeat. I explained I was worried because despite taking parecetomol it had not worked and the pain was consistently getting worse and I hadn’t felt the baby that morning. They said everything was probably fine but I should come in.

A doctor came very quickly and examined me and told me that I was fully dilated, and that we would lose the baby. This was obviously very upsetting as the pregnancy had been progressing well and we had had the 20 week scan earlier in the week where everything had appeared well.

I had to give birth to my baby and the midwives and wider team were truly great during this difficult time. However, because I was not seen until I was in established labour it was difficult for them to manage my pain. If I was seen earlier my pain could have been managed better. I simply do not understand why a quick examination was not done immediately to see if I was dilated?

I know nothing would have changed the outcome of my pregnancy but I feel that the student midwife should have checked my symptoms with a more experienced member of staff. This may have resulted in me going to the hospital earlier and management of my care could have been different. If I hadn’t had a midwife appointment that morning I would have contacted the Maternity Assessment Unit sooner, which again may have resulted in me getting to hospital sooner.

I know it is uncommon to go into early labour, especially if it seem to be a straight forward pregnancy but I don’t think it’s unreasonable to assume that going into early labour is a possibility where such intense pain is present.

I am also concerned that when I was discharged from the hospital that I had to ask about iron tablets after it has been mentioned to me several times that my iron levels were low. I thought I might be borderline anaemic and this was why they seemed to be unsure about giving them to me. But when I checked with my GP the following week they said I should definitely be on them and that looking at my iron levels in their opinion I was borderline needing a blood transfusion when I was in hospital. I am sure you can see why I felt alarmed when my GP told me this.

This being said on the day of the late miscarriage once it was discovered that I was in labour, and while we were under the care of the midwives, the care we received was superb and we felt a powerful degree of support. 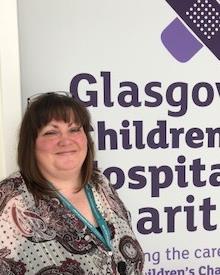 Posted on behalf of Mairi McDermid

Thank you so much for taking the time to give feedback on the care you received at what has been a very difficult time for you and I would like to offer my condolences for your sad loss.

Thank you for your kind feedback regarding the staff that cared for you during labour. Your feedback will be shared with the team who will be very pleased that your appreciated the care and support provided.

You have raised a number of important issues which we would welcome the opportunity to look at in more detail with you. If you are happy to do so, I would encourage you to please contact my colleague Pamela.McGoldrick@ggc.scot.nhs.uk (quoting reference number 709800) who will advise what additional information we may require and how we would like to progress this with you.

Have you experienced something like ali88 did, here or elsewhere?