Posted by Manzana (as a relative), 13 months ago

Mum had suffered from bile, repeated bouts of sickness, very poor appetite and extreme weight loss. The GP at Modyrvale referred her to a dietitian and for further investigation.

She was seen at Hairmyers by the consultant’s assistant who didn’t introduce themself, barely asked any questions and quickly stated that she was too fragile for any invasive tests or treatment if there was anything sinister!

I was extremely concerned at this approach and made it that known that I hoped at least non invasive tests could be done. After the appointment Mum was contacted again because the doctor at least discussed her case with Mr Maung, the consultant she had expected to see. After some to and fro discussion she saw Mr Maung who took a thorough history, asked lots of questions and offered a gastroscope and said he would do it personally.

He inspired so much confidence that she agreed. She was given a quick appointment and coped well without anaesthetic. Mr Maung was able to reassure her there and then that he had found nothing sinister and her problems were down to a hiatus hernia and chronic irritation of her stomach and he prescribed medication. After 2 months she was eating better and the sickness stopped. Now she eats normally again and is gaining weight.   A very disappointing and disturbing start to a story that ended well when a very caring consultant listened and took action. Thank you so much Mr Maung! 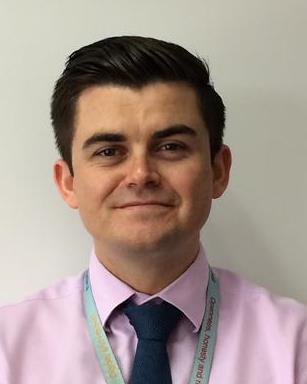 Thank you for taking the time to provide the feedback above. I'm really glad to learn that Mr Maung was able to inspire so much confidence in both you and your mum and that the investigations he undertook enabled your mum to get the treatment she needed.

I will be sure to share this with him as I know he will be delighted to learn he made such a positive impact.

I'm sorry that your mum felt dismissed by the member of the team that saw her initially. I'll ask Mr Maung to share this with his team so that they have the opportunity to reflect on it.

Have you experienced something like Manzana did, here or elsewhere?