My Brother in law

"My Brother in law"

My brother in law is an alcoholic. He is a lovely man, with a wicked, brilliant sense of humour, intelligent and very knowledgeable. His life as a drinker started early in teenage years when he lost his father as a young teenager. He has been in trouble and been violent when drunk, but feels extreme remorse (which in some people's eyes is still unforgivable).

He was eventually admitted to this hospital at 50 in May with extreme confusion, dehydration, under nutrition and extremely unbalanced. He was put in a stroke ward, Dunkery and seen as far as I know by a stroke doctor who as far as I know diagnosed him with alcohol related confusion. I was unable to get to the hospital until the Sunday after he had arrived on the Saturday previously as I have five children to look after and a full time job.

When I visited him it broke my heart at how confused he was and he even had a full on conversation with me about me as if it wasn't me sitting with him talking!! I got some advice from a very good friend that works as the top alcohol and drug specialist in another hospital who told me it sounded like he had korsakoff/ARBD syndrome which is common in alcoholics. They said that from their experience there should be a team of people including a social worker that should decide on his treatment after he had been re hydrated.  A treatment choice would be send the patient to a specialist rehab centre.

I tried to get an appointment with the doctor in charge of his case when I visited but couldn't make the very next day, the staff said the next day for the doctor was the following Monday but he probably wouldn't be working as it is a bank holiday. So after the visit I asked my mother in law if she could cope with a meeting with the doctor to find out his diagnosis and the next steps that were needed. My mother in law said Great, she was more than happy to do that ( I was very worried about her dealing with it on her own, so asked her friend and neighbour if she would go to the meeting to be another pair of ears and help with any questions, which I sent to mother in law by text). When the meeting came around, mother in law did not allow her friend in the room so none of us actually know diagnosis, length of stay predicted in hospital or forward treatment?!! Mother in law arranged with the doctor to discharge him from hospital and take him home to care for him, no questions as far as I know were asked of her, it was just agreed!

I eventually managed to get through to someone who said they would document my concerns at around 7.30am the next morning along with both his brothers who rang that morning expressing their concerns, his younger brother managed to get the discharge delayed for one day! Here were my concerns that I asked to be documented... His mother who was being allowed to take him home is 80 next January, and for various reasons we had concerns about this option incuding her own alcohol use despite that she means well and loves her son.

I feel very strongly that his care amounted to negligence from the hospital.  If this is to just free up a bed, why couldn't you just diagnose him and refer him to a clinic that could actually do the job that might save him. 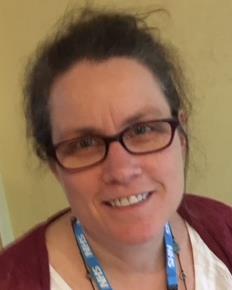 I am very sorry to read about your brother in law’s experience in this hospital. We would like to fully investigate this and understand what happened so that we can give you and your family some answers. Please contact our Patient Advice & Liaison Service (PALS) who will be able to help you with your concerns: tel 01823 343536 or email pals@tst.nhs.uk

Have you experienced something like jazzmd64 did, here or elsewhere?