"Lack of fairness, dignity and respect"

Posted by TMAC (as a carer), 9 months ago

My mother had been unwell and I phoned an emergency doctor on the Saturday of the Easter weekend. The doctor attended my home and said that my mother had slight pneumonia and stated that if she lived alone they would hospitalise her. They didn't, as my mother lives with myself and my husband.

My mother became increasingly unwell and we phoned another emergency doctor on Easter Monday. They attended and decided to admit my mother to Inverclyde Royal Hospital in Greenock. My mother was attended to by the nurses and we left her.

On the Tuesday we received a phone call to say that my mother was fit to return home. We went to the hospital and she was discharged. My mother deteriorated quickly and quite severely and on the Friday of the same week we had our own wonderful GP from The Lane Practice Skelmorlie who decided that my mother was not going to get any better at home and we should return to the hospital.

We did this and my mother was once again admitted to Inverclyde Royal Hospital J North. The Saturday afternoon we again received a phone call to say that my mother was fit to return home. I was not happy and said I would see how she was for myself when I visited.

I was not happy with her condition and my husband went to speak to a senior doctor who said that my mother had a chest infection and there was nothing they could do to treat her. We left my mother in J North and prior to the evening visit we received a phone call to say she had been moved to the Larkfield Unit.

This is a separate building and when we saw my mother she said she had been taken outside with no coat, shoes and we were not informed of the move at the visit. My mother was extremely distressed and crying, she thought she had been moved to a place she was not being allowed to leave. She was so distraught we took her home.

Although this did have an effect on her physical health we were alarmed at her mental health at that time and her trust in us as we are her primary care givers. The hospital has a duty to uphold public trust and this duty has not been met. Also I believe the national health and social care standards 2018 have been disregarded.

We spoke to the hospital and we were told she was moved due to a lack of beds. She did not agree to the move which goes against her personal wishes and protocol. We have power of attorney for my mother and we were not informed at the visit she would be getting moved. She is not a wanderer and was quite happy to stay where she was.

She became increasingly unwell and on the Monday she could not even get up from the toilet seat, she was very frail, lethargic and I went to my doctors surgery to arrange a home visit.

Our GP attended once again, and I said I did not want her to go to IRH again as I felt it was too distressing for my mother considering the treatment she received there. We took my mother to Crosshouse Hospital in Irvine on Monday where she has been since.

She is receiving the treatment she should have got in the first instance and I am very pleased with the hospital and its care. When we went to visit she was in a beautiful single room and was being very well looked after. She was put on oxygen, a nebuliser, a catheter to monitor her input and output, fluids, potassium and IV antibiotics. I have been informed that she has a kidney injury also.

I fully intend to take this further as I am beyond disgusted by the lack of care and attention she received at Inverclyde. I am going to contact my local MSP. The Human Rights Act 1998 states that everyone, whether young or old, has the right to be treated equally, with fairness, dignity and respect. This was not the case for my mother in IRH Greenock.

I look forward to a reply.

Thank you for taking the time to share what has clearly been a really difficult experience for your mum and you as her carer. Please accept a heartfelt apology for the distress caused although its reassuring to me to note that she is being well looked after in Crosshouse. We would very much like to investigate the content of the story you've shared to make sure we learn and improve as much as we need to. I would also personally like to be able to offer you explanations and reassurances as much as I can. 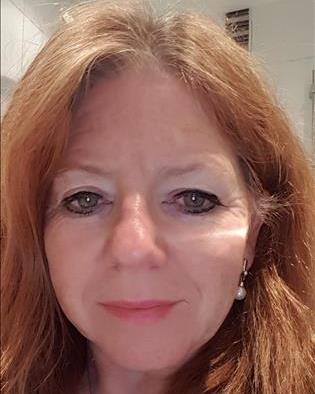 I am so sorry you and your mother have had such a difficult time. I am sure Jacki will be able help you you as per her post above.

I am however, glad your mother is on the mend and you are happy with the care she is receiving here at Crosshouse. I will pass this to the team; it will brighten their day to know that you are so pleased with your Mum's care.

All the best to your mum for her onward recovery.

Update posted by TMAC (a carer) 8 months ago

Sadly my mother passed away on the 3rd of may. The staff in the coronary care ward 4f could not have done anymore and were beyond wonderful. It was too late for my mum. There was a total lack of care in Inverclyde royal hospital and for this I will never forgive them.

Thank you for your response.

Have you experienced something like TMAC did, here or elsewhere?