Grateful to the NHS

"Grateful to the NHS"

Posted by oneinfifteen58 (as the patient), 2 years ago

After my last operation, one month later I received test results from the tumor, the oncologist informed my that it was a extremely rare form of cancer called Myopericytoma which I became one in fifteen people in the world to be diagnosed with. As you can imagine this news was devastating to take in at the time. I was given expert advice from the community practice nurse (I think her name was Wendy). She was really really good and also received very very good care from the pain clinic nurse Bethany, she looked after me incredibly well. I was to undergo 30 radiotherapy treatments over a 5 week period. this took place while the Forth Bridge was closed for 3 weeks, but with an agreement put in place by NHS Fife & the Government all cancer patients undergoing treatment were granted access across the bridge even while it was closed. This was a blessing as without using the Forth Bridge to get to the hospital it would have made a 30-40 min journey almost 3 and half hours!

During the fifth and final week of radiotherapy treatment I became very sick and started to bring up blood, the Ambulance was called and a first responder was there within 3 minutes and the ambulance its self within 10 minutes which was so quick and fantastic. I was taken to Royal Infirmary and put on a ward for observations and diagnosed with a Haematoma on my lung. My body had just crashed and I was in severe pain. I was transferred to the Victoria Hospice for 14 days and put on a new medication programme and also for respite. I could not fault the Victoria Hospice and received excellent treatment.

During 2017, I had an emergency MRI scan and was told there was a 50/50 chance that the tumor had re-occurred however luckily it turned out to be a fluid haematoma again. 2018, was a good year with no hospital admissions. I was, and still am living with chronic pain so decided to set up a social media campaign called oneinfifteen. The purpose of this campaign is to raise awareness of the rare form of cancer and also to try and find the other people diagnosed with this in the world. I have been in touch with other people who are diagnosed with Myopericytoma. I couldn't face going along to other men's cancer support groups as mine was so rare I felt like this would take time away from other people who wanting to take about their cancer. So instead I set up a private forum for the people who want to discuss the diagnosis or find out more about it.

I want to publicly thank the NHS for saving my life on more than one occasion especially Lothian NHS & Fife NHS their care is second to none and I want them to know how grateful I am. A lot of people take the NHS for granted but by talking about my story and sharing this its opening awareness. Thank you NHS. 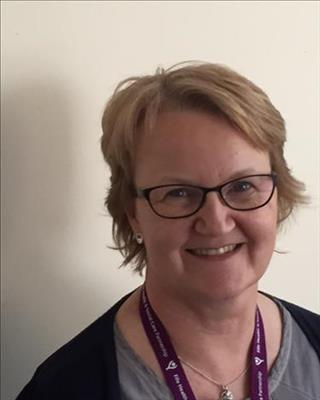 Dear "oneinfifteen58", that's quite a story and thank you so much for taking the time to share it.

As the manager of the Fife Palliative Care Service, I am glad that when you needed the Victoria Hospice it provided what was required to help you in your recovery from a gruelling treatment regime.

Thanks again for sharing your story and your experiences of so many things that make a difference in circumstances like yours - all the best for the future.

Your story is quite inspirational, given what you have clearly gone through. We are really grateful to you for taking the time to post.

It is really positive that you have set up a private forum for patients with a diagnosis of Myopericytoma. This can be really supportive to all involved.

I have shared your post with those involved in the Cancer Centre, particularly the radiotherapy team.

I really hope everything continues to go well for you.

Have you experienced something like oneinfifteen58 did, here or elsewhere?