Let Down and worried

"Let Down and worried"

Posted by Lainey63 (as a relative), about a year and a half ago

My daughter was admitted to Crosshouse A&E in September after attempting suicide. The care within A&E itself was exemplary. The staff were very kind to my daughter and extremely patient with 2 devastated parents who had had no inclining that this was about to happen. (we now know that this is very common). She was seen by the mental health crisis team and after talking to them felt well enough to go home. She was discharged with the assurance she would followed up with an urgent mental health referral. This didn't occur, we didn't know who to contact to find out what had happened.

As time went on my daughters mental health worsened and luckily we are in the position to be able source and pay for a private counsellor but recently she attempted suicide again. This time she required admission to hospital , it was there that we found out that the referral had got 'lost' somewhere in the system. We feel totally let down, my daughter required psychiatric help, the medication she was on was not helping and in fact had exacerbated her low mood and suicidal ideation. If she had been followed up, it may not have prevented her second attempt, however there is a good chance it would have. Her medication would have been reviewed by the mental health team and as she would not have continued with what she was prescribed.

Referrals get lost, we understand this, no system is infallible, however on her first admission it would have been useful to have been given a timescale of when we could expect contact from the mental health team and details of who to contact if this didn't happen. It is a simple thing but we feel this could have helped prevent the second attempt.

We are lucky, we still have our daughter with us, and the team in hospital were amazing, however as my daughter herself says some families may not be as lucky and this is why we would like to suggest this as a way forward.

Thank you for raising your concerns. I would like to have the opportunity to discuss these concerns further, I would appreciate if you could give me a call on 01294 470010. 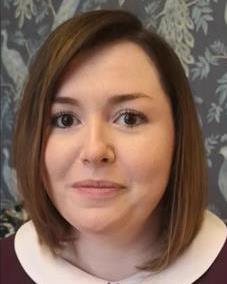 Thank you for taking the time to share your family's experience of our services on Care Opinion. I am sure this could not have been easy to write about however, I hope that by sharing your experience we will be able to improve our processes to try and prevent this from happening again.

I was pleased to hear that your daughter's care was exemplary in A&E and that our staff were kind to her. I am sorry that her follow-up was 'lost' in the system. I can see that my colleague Mairi has offered to look into this further for you and I am sure she will share any learning with us.

I hope your daughter is recovering at home now and that you are able to enjoy Christmas together.

Have you experienced something like Lainey63 did, here or elsewhere?