Unprofessional care of a 90 year old with terminal cancer

"Unprofessional care of a 90 year old with terminal cancer"

Posted by stanley2015 (as a relative), nearly 2 years ago

From admission through to discharge from Navenby Ward, Lincoln County Hospital the standard of care was unacceptable, degrading and upsetting. No one answered the phone when we rang; the Doctors, present on the ward every morning, refused to speak to her next of kin so we have no knowledge of prognosis or development of her disease.

She was in a bay next to someone suffering from dementia who was screaming and abusive throughout the day and night. Her medication was not ready on discharge even though over 36 hours notice had been given. She was shunted to a discharge ward and left for 5 hours then transported on a journey around Lincoln, lasting one and a half hours, instead of being taken from ward to nursing home as arranged by the palliative care team. She was discharged with bruises all over her arms, chest, neck and bottom, huge, weeping blisters on her legs and feet which she had told the nursing staff about during the previous week....none of which was recorded on her discharge letter.

We, as her family, have not been given any information about her illness, no support, we were just emailed a list of nursing homes and told to inform the hospital when we’d found one so FAST TRACK care could be put in place.

A catalogue of poor, unprofessional care throughout her 3 week stay which should NOT happen to a vulnerable person at the end of life. 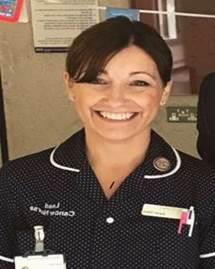 I am so very saddened to read the distressing experience of care that you describe, please accept our sincere apologies.

Please be assured that we are we are looking into this thoroughly and during the process of investigation we would like to hear from you in more detail so that we may fully understand what happened, and where lessons can be learned for the future.

If you feel able, please contact the Complaints Department at Lincoln County Hospital (01522 573883 ), so that we may arrange a meeting.

Once again, we are truly sorry for your experience

Have you experienced something like stanley2015 did, here or elsewhere?