Posted by BooBoo86 (as a volunteer/advocate), 2 years ago

Back in 2014 I became pregnant with my daughter after trying for 4 and a half years. I was all excited but at the beginning of December 2014 we found out my mum (my best friend) had got lung cancer. It had gone that far she needed her lung removing. After numerous of appointment she had the horrific operation in February. In between I had to keep telling myself I was pregnant and had to look after myself as well as my mum. She then started chemotherapy wich make her really poorly and most of the time was admitted. After a few months they stopped the chemotherapy and just went to frequent appointments. I could now start sorting myself out.

After seeing the midwife and having scans I was told I was having a girl which we was all over the moon. We was then took into a room where we was told there was a high chance of my daughter having down syndrome and there was things they could do to find out but there was a chance I could lose her. 8 years ago my mum had the procedure done as she was told the same thing and unfortunately lost my brother. So I wasn’t having none of it. My mum was slowly on the mend and my belly was growing what more could I have wanted. As time went on I was admitted to triage with migraines when I was discharged the hospital gave me a letter to say I was being induced on the two week early.

I was excited but my mum n dad would be on holiday so wouldn’t be here. But everything mum had been through she needed a holiday. So on I went to hospital and I was induced. I gave birth to my beautiful daughter on the 21st June 2015 (Father’s Day) what more could I have gave her Dad. I started breastfeeding straight away and had a lady called Sarah come and show me what to do. She said she was a breastfeeding peer support worker at my local children centre and there was a group on Wednesday morning called BABES to help mums breastfeeding. Mum n dad can home early as they couldn’t wait any longer.

A week later the midwife came to see my daughter and I was rushed into hospital straight into theatre I still had placenta inside me. I was discharged 2 days later. At home I was having problems feeding my daughter and my breasts was getting sore and I was getting low in mood. So I said to my partner if he would come to the centre with me on Wednesday to see if I could get some help and advice. As I don’t like going out alone and don’t like meeting new people. So Wednesday came and we went to the group. As soon as I walked through the door I felt so welcomed it was lovely. We was shown around and met the breastfeeding supporters and Sarah was there that I met at the hospital so I felt a little bit more comfortable and she introduced us to Nichola that was also I support worker. They both gave me advise and some information on breastfeeding to take home with me.

A week later I went back and I was struggling with feeding my daughter but I didn’t was to give up breastfeeding if I didn’t have a problem. We tried different positions and soon got my daughter feeding properly and my breast was soon on the mend. But I was still low in mood I couldn’t stop crying so one Wednesday morning Sarah and the team was amazing and said I should make an appointment to see the doctor. I did and I got Sarah to come with me as I was nervous. So she did and I was diagnosed with postnatal depression and put on medication.

Since then I still breastfed my daughter till she was 2 and I was loving being a mum. We go to the centre every Wednesday to the group and love it. I love it that much I have done a volunteer course and also completed my breastfeeding peer support training so I am now a volunteer at the centre and can also help other mums in need. And my partner is just about to start it too. I can’t thank the centre enough my confidence had grown I now get out and about and loving being a parent. I also get involved in the centre as much as I can. 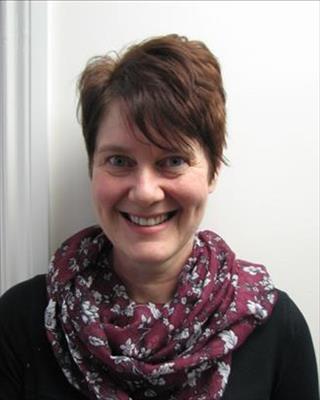 Thank you for sharing your story on Care Opinion and it is obvious that you have received a great deal of support from the Breast Feeding Peer Support Volunteer at Warsop Children's Centre. Your story is inspirational to other women who read this and see the determination and courage you have shown in your goal to breast feed your baby, despite all the issues that impacted on you doing this.

I will certainly pass on your thanks to Sarah, our volunteer, and express the gratitude for the support she gave you.

Have you experienced something like BooBoo86 did, here or elsewhere?