"The doctor & his team basically saved my life."

Posted by Catgrew (as a service user), 2 years ago

I’d been having bowel problems for years & in April my doctor had to get an ambulance for me as I was so ill. I think my bowel had ruptured & I had sepsis, so was in a bad way.

In A&E I was seen by a junior doctor who brought another doctor to see me & was told I would need an operation ASAP. The next thing I knew was when I woke up in ICU & hadn’t a clue what was happening. I’d had 3 blood transfusions, a colostomy bag fitted & at one point was on kidney dialysis & put into an induced coma. I thought that when I arrived at hospital I might need an operation & be home in a week or so but ended up staying until August. I was in ICU for about 4weeks, not really sure as I was so ill. Dr. Angus & his team basically saved my life & all the staff in ICU, apart from one nurse, were absolutely great.

After leaving ICU I was sent to Ward 4 as they didn’t have a room available in Ward 7 where I’d to go originally. I was really apprehensive going to a new ward with new staff & didn’t feel comfortable at all in the beginning. What I didn’t realise was that I had another infection & wasn’t myself & ended up back in ICU seemingly ranting like a mad woman, I have no memory of it.

When I returned to Ward 4 I started to relax & fit in with the staff. Instead of dreading every day the staff made me feel that eventually everything would get better & they made me feel comfortable & looked after. The staff, if asked, would tell you how much hard work I can be at times but without the majority of staff in Ward 4 I would have lost the plot! At the end of my stay I’d began to look on them as friends & could confide in them but also have a laugh at times when all I wanted to do was cry. When I’m talking about the staff of Ward 4, I mean from Karen the ward manager to Annmarie who brought breakfast to Amanda who cleaned my room & everyone who helped me along the way... too many to mention ! Thank you I appreciate everything you did for me. 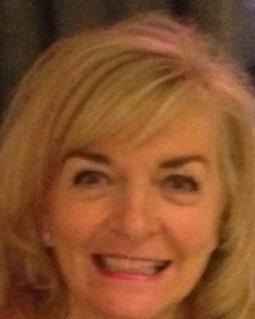 Thank you so much for your very positive post, firstly in A & E where you were promptly seen and proceeded to have surgery. It must have been daunting for you waking up after surgery in ICU having been through major surgery. I will ensure this post is shared with all of the staff in A & E, Theatres and ICU, they will be delighted you had a positive experience.

Lastly I will pass on how you felt in Ward 4, with the staff during your recovering and how you saw them as friends whilst providing the best care.

Mr Mac Donald and all our areas strive to do their best for patients to ensure they have a positive experience.

Hope you are recovering well now.

Have you experienced something like Catgrew did, here or elsewhere?