Posted by Mr. Smith (as the patient), 10 years ago

I became very depressed after years of being bullied and my mental health became worse. I had auditory hallucinations and very poor concentration, and I started experiencing running commentaries in my mind as well as hearing voices, thought "echoes", mood swings, delusions and obsessions. These are signs of schizophrenia, but although I realised very early that there was something very wrong in my mind it took me years before I could trust anyone enough to seek help.

As a result of the bullying I was also having violent fantasies of revenge. After 5 years I was unemployed, had a serious drinking problem and was self harming. I finally got up the courage to look for psychiatric help and in my view this is what took place. I had to wait 8 weeks to see a consultant psychiatrist. When I met him, I felt all he did was ask questions for 15 minutes, then made another appointment for 2 weeks later. At the second appointment, the same thing happened. It seemed he was not interested at all in the bullying or the fallout from it that had led to my original breakdown. The fortnightly meetings went on for 6 more weeks until I had a severe psychotic episode and was admitted to hospital.

The nurses in the psychiatric ward appeared either indifferent (a man who was sectioned there simply walked out whilst two of them were watching Eastenders) or actively callous. There was no help - only more and more questions from several different psychiatrists. At one point I simply couldn't stand up and I lay down on the floor and cried. A nurse walked past me and said "you can lie there all night making a fool of yourself if you want to, it's all the same to me. We don't like little babies in here." I remember shouting at one psychiatrist "for god's sake, do something, help me for god's sake", and he just said "we will, we will" and carried on writing in his notebook. I was in a lot of distress and pain and got very frustrated and angry that no one seemed to be concerned or actually doing anything to help. One of the nurses goaded me about this, saying "You're getting quite angry now, aren't you? Do you want to hit me, is that it?" while another said "You're not really ill. I've seen real schizophrenia and believe me you wouldn't want it." The professor of psychiatry at the hospital told me that I didn't "look" schizophrenic and advised me that "going around telling people that you're mentally ill won't make you any friends, you know".

This pattern of not being taken seriously continued when I was discharged and I moved to another city. I was assigned a CPN who called me "self-indulgent" and "melodramatic". When we talked about self-harm I said I had cut my wrists and she asked to see. I held up my arms and she said "what, those little scratches? I can hardly see them." I was sent to a day care centre and interviewed by three separate psychiatrists in three visits. The most senior - a psychiatrist with nearly forty years experience - did not even look up from his note pad while he asked questions. I was treated as if I had a slight headache instead of a serious problem that still affects my life today. I tried to talk about obsessions and violent fantasies that lasted for days but I was told "why don't you just think of something else?", or "why not go for a walk?" When I complained about violent impulses and told one psychiatrist that I thought I was going to be violent, he just said "Don't. Don't do that". At other times I was told that I needed to stop being so childish and start taking responsibility for myself instead of using my illness as an excuse. Again there was very little actual help offered at all, just pills that didn't really change anything. The psychiatrists kept telling me what I needed to do and how I needed to change - there was never any real acknowledgement that anything had happened in my mind that was outside my control. It was made clear to me that any problem I had was either in my imagination, or it was my fault.

I stopped having psychiatric treatment over ten years ago, and it's taken me until now to say this. The most distressing experiences of my life were treated as trivial, and my anger was just ignored. It was deeply humiliating and alienating. I have not had any intimate relationships since then and I struggle to trust other people at all. I can understand absolutely why people resist psychiatric treatment. I still have poor concentration, mood swings, voices and the original emotional problems caused by the bullying but I would never seek psychiatric help for them again - I simply can't believe that I would be treated with any respect, sympathy or effectiveness.

I have seen twenty one psychiatrists in three different cities but the poor care I've recieved is nothing to do with any lack of continuity. Every psychiatrist and CPNs I have seen has the same superior attitude and lack of basic respect for their patients. They have grown used to questioning their patients to an extent that happens nowhere else, but they have no means of knowing when they've gone too far. They are indifferent to any protests because they think they are teaching their patients harsh but necessary truths. They don't get the instant feedback that a surgeon gets when he makes a mistake - in fact they are free to avoid even acknowledging their mistakes as the damage they do isn't visible.

I don't have any direct proof of any of this - how could I? - so it can all be safely ignoredm but I just hope a psychiatrist somewhere reads it and recognises themselves. 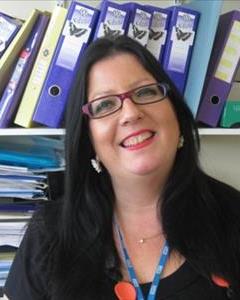 Thank you for your posting, I was really sorry that you have had such difficult experiences of psychiatric services.

It is not clear which experiences happened in Sheffield, so its hard for me to comment on behalf of the trust and also your experiences are from some time ago.

We would like to feel here in Sheffield that services have changed over the last ten years. Given that you talk about how things are for you now, I would like to offer should you need services in the future for you to contact us here at the Pals service. We would try to help you access the appropriate service to meet your need

Have you experienced something like Mr. Smith did, here or elsewhere?