Posterior and anterior mesh for prolapse

"Posterior and anterior mesh for prolapse"

Posted by mumoftwoboys (as the patient), 7 years ago

I had posterior mesh implanted and anterior wall sutured in December 2011. 5 weeks later anterior suturing collapsed and gp had to then go back in for anterior mesh in March 2013. All was going well until November 2013 when I started to experience what I thought was hip pain, however following Ortho referral, MRI scans, X-rays etc it was decided that this was, in fact, nerve damage caused by my mesh. The barbaric spikes which are forced through the groin have caused nerve damage. I have now been off work for nearly a year and found out just 2 days ago, that my career as a nurse must now come to an end. I am now left to manage with crutches and it is highly unlikely I will be able to continue in the profession I've been in for over 30 years..

I work in a small team in NHS Greater Glasgow and Clyde which seeks to involve patients and carers in the work of the NHS. The biggest part of my role is in managing feedback projects across the Board area, one of which is Patient Opinion. It is my job to give our patients and carers the opportunity to give us feedback, and to make sure that this is passed to the right people to help us improve the services we provide.

I am so sorry to hear about your experience and the impact this has had on you. A number of other women have also contacted us detailing their similar experiences, which you can also see on this site, and I understand that this matter is currently under review by the Scottish Government. You can also make a complaint directly to the clinical department of the hospital where you have been treated.

Additional details about this review have been provided by the Scottish Government and I am sure that they will also add these details here for you. I hope that this will provide you with further information. 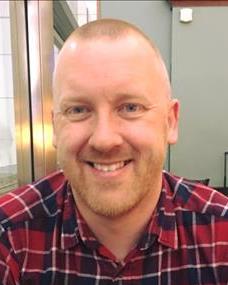 I was so sorry to read about the nerve damage that you have experienced and the devastating impact that this has had on your quality of life.

As you may be aware, an Independent Review of surgery using vaginal mesh has been set up by the Cabinet Secretary for Health and Wellbeing. This will look at research and also examine adverse incidents and effects associated with this treatment. It will have the means both of identifying and determining the causes of issues where this is possible, and finding and implementing solutions.

An Expert Group, chaired by the Deputy Chief Medical Officer, has also been set up to consider the issue of synthetic mesh implants in more detail. This Group has met three times and has published a patient information and consent leaflet for the surgical treatment of stress urinary incontinence in women. This Booklet gives detailed information about the synthetic mid-urethral tape procedure and discusses the intended benefits and risks associated with the insertion of mesh implants. The booklet can be accessed at:

The Expert Group is currently developing a patient information and consent booklet for treatment of pelvic organ prolapse. New care pathways are also being developed for management of pelvic organ prolapse and for women presenting with complications. Discussions are also beginning in respect of the national planning required to reconfigure services to ensure women have access to appropriate clinical expertise and treatment. Part of the work of the Independent Review is to consider the personal experiences from Scottish women who, like you, have had problems as a result of mesh implants. I appreciate that none of this can change what you have had to go through. I will ask the Deputy Chief Medical Officer to arrange for your posting on Patient Opinion to be passed to the members of her Expert Group and that the Chair of the Independent Review is also advised of the details of your experiences.

I appreciate that this doesn't help change the nerve damage, distress and suffering you have experienced, though hope that the actions being taken emphasise the seriousness with which we are taking experiences such as the one you have shared here. Please do let us know through this site if there is anything further we can do to help you be in touch with the support and help that you might need.

Have you experienced something like mumoftwoboys did, here or elsewhere?